Britain's Kate darts out to the cheap seats at Wimbledon

Kate, the Duchess of Cambridge, left the plush confines of the Royal Box at Wimbledon on Tuesday to watch a British wildcard competing on the lowly outside courts.

In a rare move for a member of the royal family visiting the All England Club, Kate took her place in among the 318 regular seats on Court 14 to watch Harriet Dart take on Christina McHale. 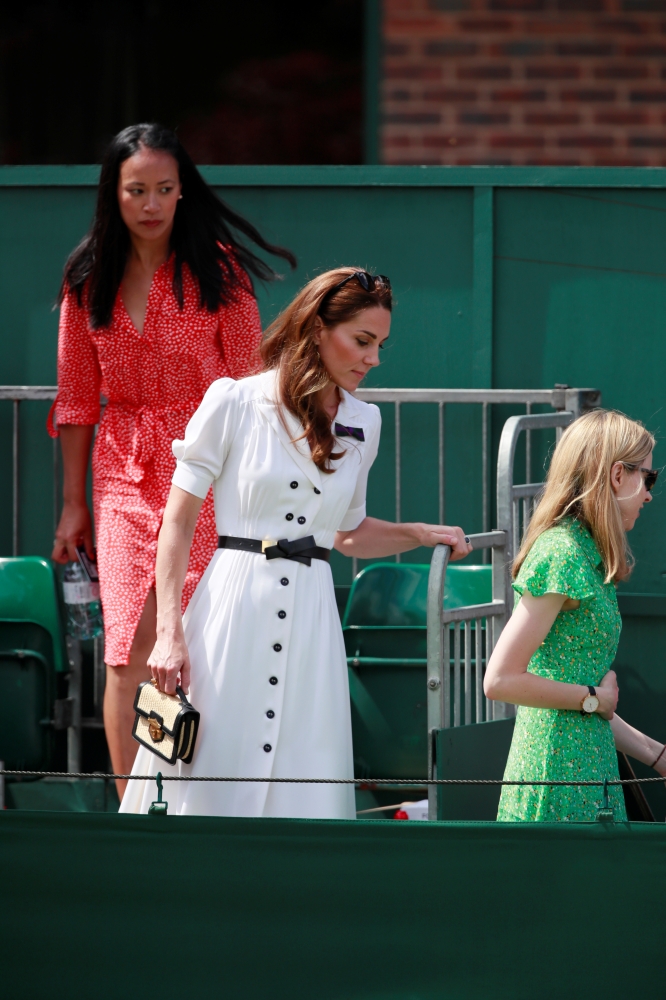 Despite the photographers packed in on the three rows of seats opposite, most spectators seemed completely unaware that they were mixing it with royalty.

But before those matches got under way, Kate stepped out to watch British number four Dart, the world number 182, take on the US world number 108 McHale, a lucky loser from qualifying.

Kate, 37, a long-time tennis fan, became the official patron of the All England Club in 2017, taking over from her husband Prince William's grandmother Queen Elizabeth II.

Access to the grounds to watch matches on the outside courts costs £25 ($31.50, 28 euros), while the Centre Court tickets cost £64 and the Royal Box is invite only, with a strict dress code.

Kate's relatives in the Middleton family are frequent visitors to the All England Club, often getting an invite into the Royal Box.