Brits brace for 'the other' royal wedding

Five months on from Prince Harry and Meghan Markle's fairytale nuptials, the time has come for "the other" royal wedding - the one no one seems to want to pay for or watch.

When Queen Elizabeth II's granddaughter Princess Eugenie walks down the aisle Friday in Windsor Castle to marry Jack Brooksbank, a "commoner" with blue-blood friends, the critics will be out.

For Britain is still gaga over Meghan, the glamorous US actress who married the queen's grandson in a Windsor wedding watched by the masses in Britain and around the world in May.

Some even reminisce about the sunny afternoon in 2011 when Prince William, second in line to the throne, married Kate, whose grace stirred memories of the late Princess Diana.

Princess Eugenie of York, along with her 30-year-old sister Beatrice, are by contrast unhappily famous for wearing peculiar hats, with the flamboyant numbers they picked for Prince William's wedding making a particularly lasting impression. 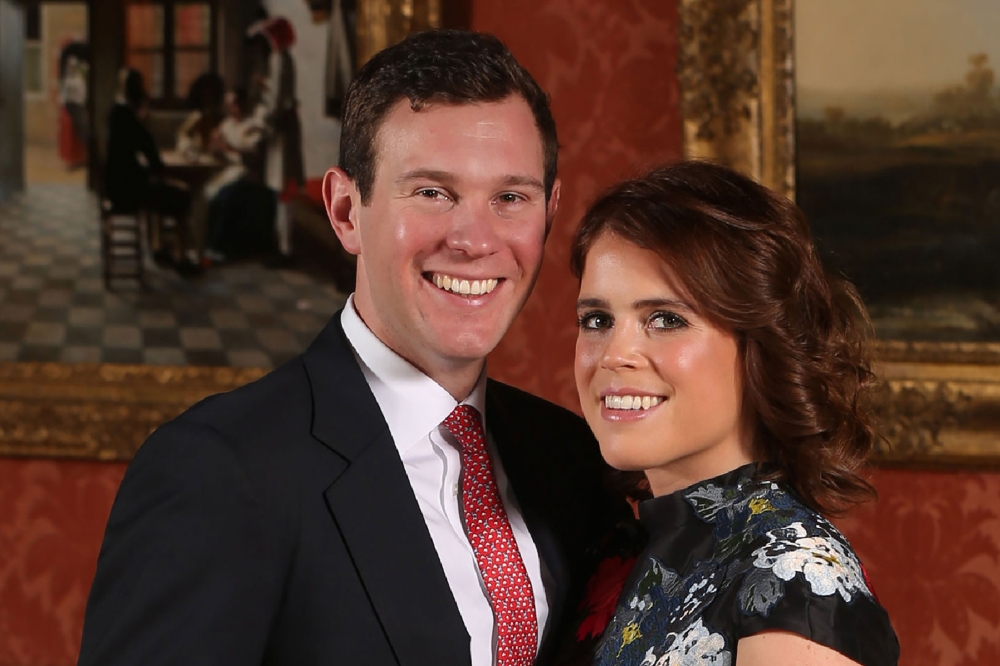 The 28-year-old princess Eugenie, is the ninth in the long line of succession. One public petition protesting the wedding's cost - the security bill is estimated at £2 million ($2.6 million, 2.3 million euros) - dismissed her as a "minor royal".

The BBC, which takes its royal weddings seriously, reportedly caused a Buckingham Palace ruckus by refusing to broadcast this one live, fearing a ratings flop.

"No comment on whether we did or didn't turn it down," a BBC spokesman told AFP.

The live feed was picked up by the smaller, commercial ITV - but only, according to The Times, after being badgered into it by Eugenie's father, Prince Andrew.

Adding to the ignominy, a pub hotel directly opposite the castle that sold out long in advance for Prince Harry and Meghan was actually discounting rooms for Friday night. 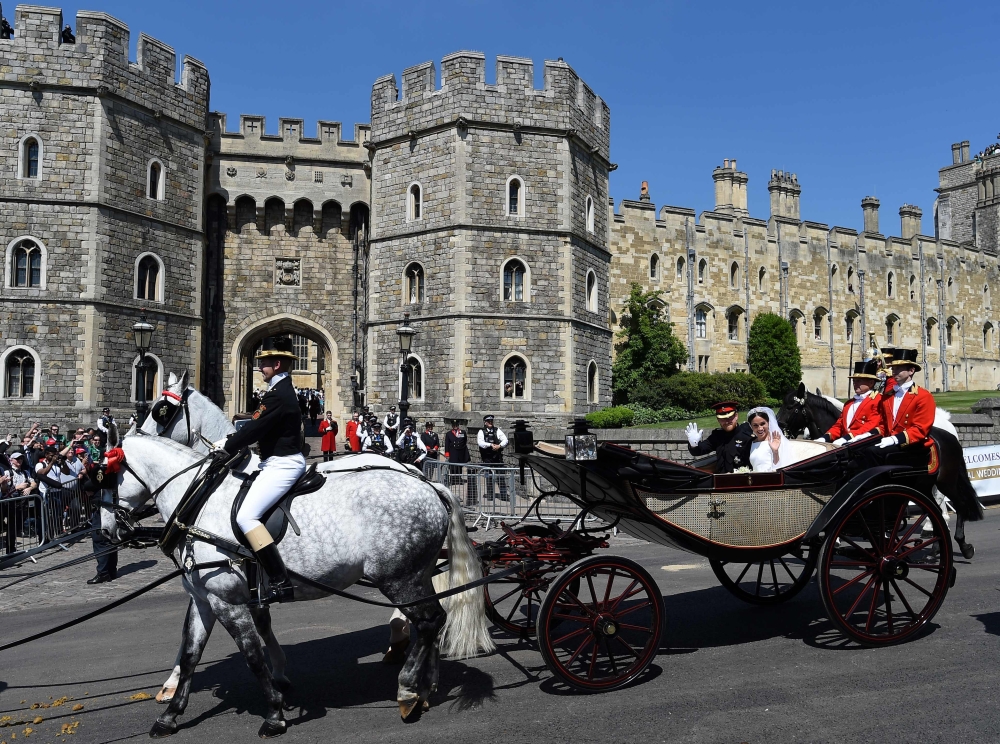 The public is focused instead on who is paying for what and there is resentment over taxpayers getting stuck with the security bill.

"A royal wedding is a private, personal event, dressed up as a national occasion," sniffed one protest petition signed by nearly 40,000 people.

The palace will pay for the red velvet and chocolate cake - "traditional, (but) with a modern feel" - and the post-ceremony brunch for 850 invited guests.

But just like the film star and her prince, Eugenie and Jack are also planning their own horse-drawn carriage parade around town, creating logistical challenges.

Petitioners want the 15-minute excursion scrapped, saving the expense of having to install rooftop snipers and jamming devices that disable drones.

The happy couple is not budging, causing "outrage", "fury" and other strong emotions in the British press.

Eugenie's own attempts to win over the nation's affections have not gone particularly well.

She and Beatrice gave a pre-wedding interview to British Vogue explaining the hardships of being princesses.

Posing in couture dresses with terriers on their laps at a Gothic royal lodge, Eugenie recalled how she once had "a wobble and started crying" over a "horrible" article about one of her sister's hats.

The princess then conceded: "There's no point being angry with anyone for beating us up - we just need to shine light and love in the world."

The Guardian, a left-leaning paper with a stern view of the royals as a whole, concluded that the interview displayed "vanity, foolishness and lack of self-awareness", but ultimately would do little to dent the monarchy's gleaming image among royal fans.

The Telegraph, which caters to more traditional views, was gentler. "Who is Princess Eugenie?" it asked, seemingly reading its subscribers' minds, before quoting a family "insider" expressing wonder at the commotion over the security bill.

"It is a major royal event," the source insisted.

Beatrice and Eugenie are the daughters of the queen's second son, Prince Andrew the Duke of York.

The groom mixes in London's glitzy social circles but is unknown to most outside the celebrity gossip world.

Eugenie's mother, Sarah Ferguson, said her future in-law works as the European manager for an "ultra-premium" brand of booze co-founded by George Clooney.

"He'll just hand me the tequila and say, 'Come on, mother-in-law, down it'," she told the BBC.

The couple were introduced in 2010 by friends in a Swiss ski resort, where Jack was waiting tables.

Most recently, in 2016, he became a wholesale wine distributor.

"I'll need to take a few minutes for myself before the speeches," Jack told the Daily Mail, "because I'm terrified."