Haylie Duff has shown off the first full picture of her baby daughter Ryan.

The 30-year-old star and fiancé Matt Rosenberg welcomed little Ryan into the world in May and after previously teasing fans with images of the little girl's legs, she has now shown her in full for the first time.

She captioned the picture of Ryan, who was wearing a pink bathing suit: "Baby's first vacation."

She then followed up the picture with a second image of the tot's face. 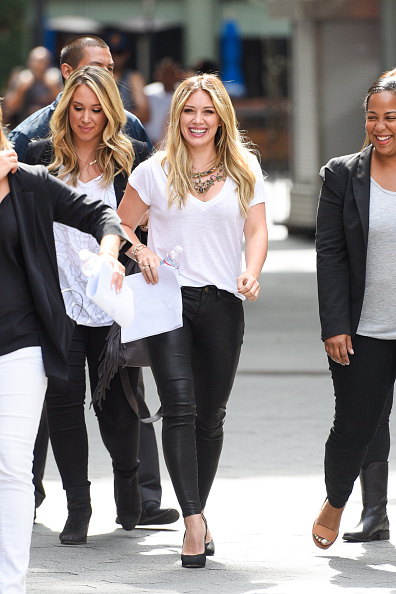 Alongside it, she wrote: "Our sweet baby girl #RyanAvaErhard Rosenberg is 16 weeks today (sic)"

'The Real Girl's Kitchen' star was recently praised for her parenting skills by her sister Hilary Duff.

She said: "She's doing great and I'm so proud of her.

However, the 27-year-old star - who has three-year-old son Luca from her previous marriage to ice hockey player Mike Comrie - did admit there is one thing her big sister is not so good at, as she regularly calls her up to help wrap up the newborn baby.

She said: "I've been there a lot. I give a mean swaddle so [Haylie's] always calling me like, 'Come over here! Give this baby a swaddle'. It's really fun to have a new addition to the family."

Perrie Edwards, 22, posed for a photo of her covered in leopard-print body paint, as she aimed a thinly veiled dig at ex-fiancé Zayn Malik by captioning the image 'Cheetahhhh!'

Despite her recent heartache Perrie Edwards has continued to put on a brave face.

Bieber back... This Rooney at Barca

After showing off his new hairdo at the MTV VMAs and sending his world of fans into a frenzy of 'oohs' and 'aahs' Justin Bieber has now posted this picture on Instagram... cue the 'oohs' and 'aahs'. (Instagram)

Miranda Kerr practicing an elaborate handstand with her slender pins over her head on the beach. (Instagram)

Brooklyn documented his evening on his Instagram page and treated his followers to a full-length look at his outfit. (Instagram) 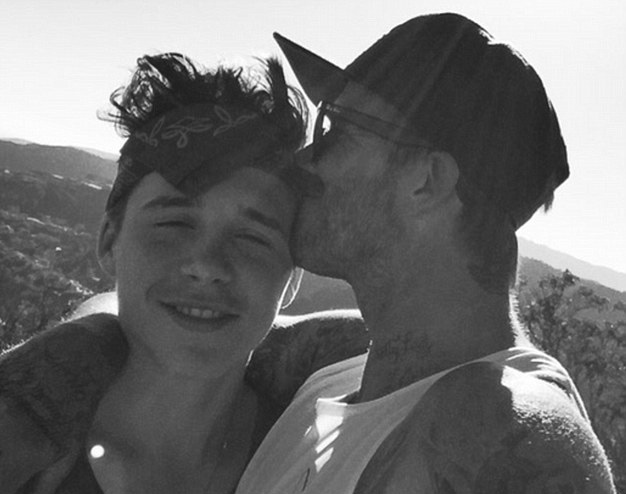 Rob Kardashian shared his first selfie in months, looking happier and healthier than ever. (Instagram)

Rob shared this picture to poke fun of his weight gain. (Instagram)