Chris Pratt and Katherine Schwarzenegger chose the 'Avengers: Endgame' premiere to make their first public appearance as a couple.

The 39-year-old actor and the 29-year-old author announced their engagement in January, following half a year of romance, and on Monday the pair stepped out for their first major public appearance as a couple at the film's star-studded launch at the Los Angeles Convention Center.

On the red carpet, Chris - who plays Star-Lord in the Marvel Cinematic Universe - admitted he counts his "blessings every day" that he has "good things" happening in his work life and at home.

He said: "We're all very blessed."[It's a] good time to be here for the 'Avengers' premiere and also good things happening for me in life. I just count my blessings every day."

Giving an update on the progress of their wedding planning, Chris joked to 'Entertainment Tonight': "I'm up to about my neck, you know? That's pretty deep. That's up to about 5-foot-something."I'm in it baby, I'm in it. It's good. It's a good time!"

The 'Guardians of the Galaxy' star also shared how his six-year-old son Jack - whom he has with ex-wife Anna Faris - favours Spider-Man over his own dad's Avenger.

"He loves Spider-Man. He's a big Spider-Man fan. He loves Captain America, he loves Black Panther. He loves them all."

Meanwhile, Chris and Katherine are said to be taking their time with their wedding. 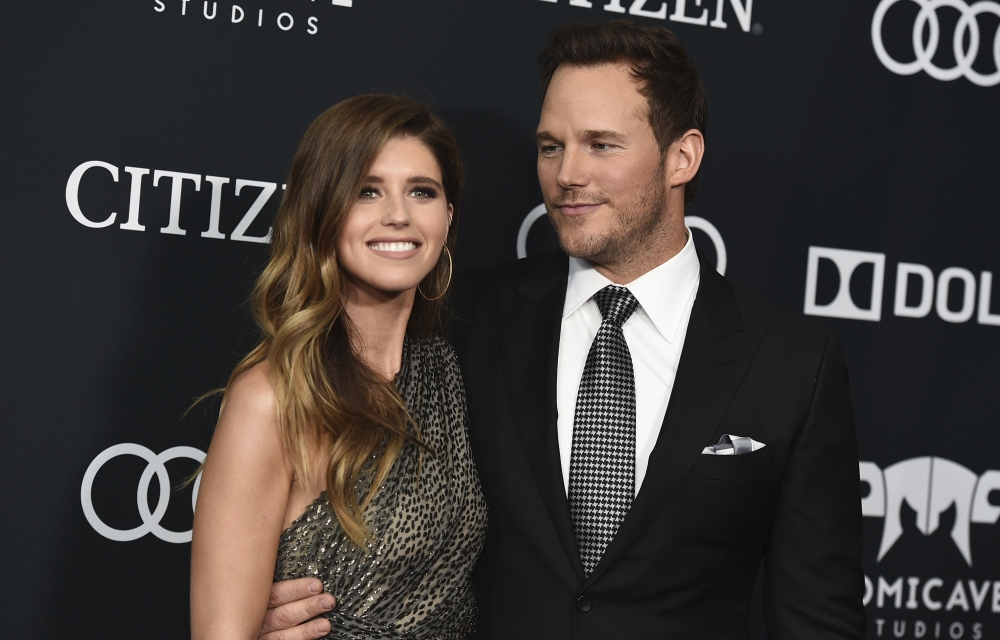 However, when they do head down the aisle, both families - including Katherine's famous father Arnold Schwarzenegger - will be involved, and they have already been helping the happy couple with small parts of the planning.

An insider said recently: "Both families are enjoying getting to know each other more too and helping planning details for the big day."