The Commonwealth has confirmed that Prince Charles will be the next leader of the organization of Britain and its former colonies once he succeeds his mother Queen Elizabeth II on the throne.

Commonwealth leaders meeting in London said in a statement that the next head of the organization “shall be His Royal Highness Prince Charles, The Prince of Wales.”

The announcement had been expected since the queen said Thursday that she hoped her son and heir would lead the Commonwealth after her.

The queen has led the Commonwealth throughout her 66-year reign, but the largely symbolic position is not hereditary, and some have suggested a non-royal head would project a more modern image.

Charles is a longtime champion of environmental causes, a priority for the Commonwealth.

Queen Elizabeth calls on Commonwealth leaders to back Prince Charles

Queen Elizabeth has urged Commonwealth leaders to back Prince Charles as her successor.

The 91-year-old royal - who serves as the head of the organisation, which has 53 members states around the world - has revealed it is her "sincere wish" that "one day" her eldest son assumes the role she currently fulfils.

Opening the Commonwealth Heads of Government Meeting in London on Thursday, she said: "It is my sincere wish that the Commonwealth will continue to offer stability and continuity for future generations, and will decide that one day the Prince of Wales should carry on the important work started by my father in 1949."

Princess Beatrice of York, (C) and her father Britain's Prince Andrew, Duke of York (R) speak with Canada's Prime Minister Justin Trudeau in the Blue Drawing Room before The Queen's Dinner during The Commonwealth Heads of Government Meeting (CHOGM), at Buckingham Palace in London.

Contrary to popular belief, the role is not hereditary and therefore there is no certainty that the Prince will ultimately replace his mother as the head of the Commonwealth. 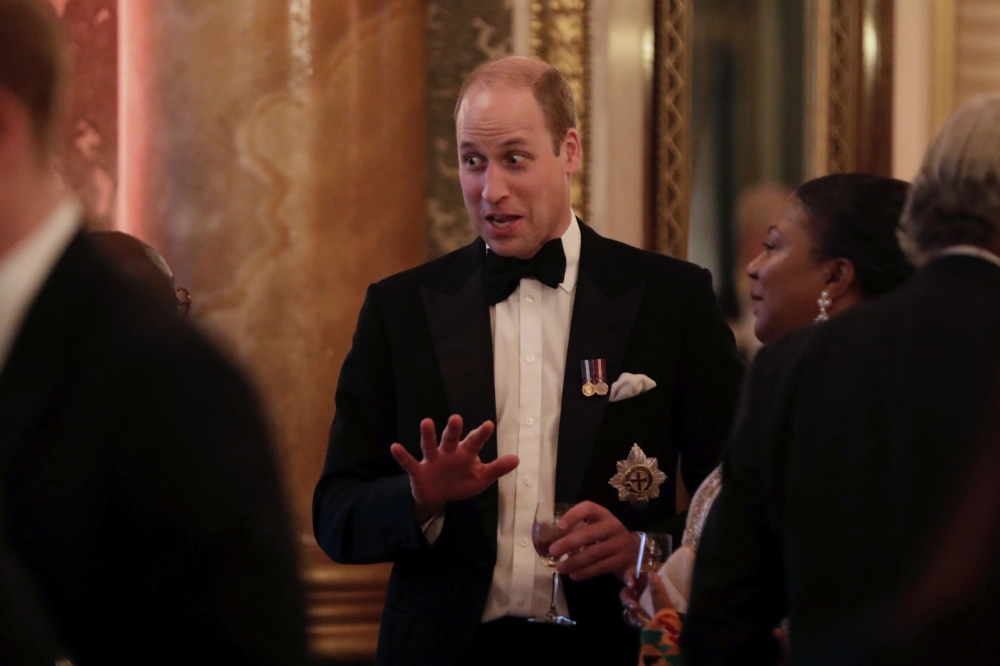 Prince William, Duke of Cambridge speaks with guests in the Blue Drawing Room

The lavish ceremony in London has been attended by as many as 46 Commonwealth heads of government, with the remaining countries being represented at the biennial meeting by their foreign ministers.

Queen Elizabeth II smiles in the Picture Gallery at The Queen's Dinner during The Commonwealth Heads of Government Meeting.

Earlier in the day, Prince Charles told the attendees that modern day Commonwealth had a "vital role" to play moving forwards.

He said: "I pray that this [meeting] will not only revitalise the bonds between our countries, but will also give the Commonwealth a renewed relevance to all its citizens."

The event in London has also been attended by Camilla, Duchess of Cornwall, Prince Harry - who is poised to marry Meghan Markle at St George's Chapel at Windsor Castle on May 19 - and Prince William.

Around 2.4 billion people live in the Commonwealth, which is more than a quarter of the world's population, and covers around 20 per cent of the world's land area.