David and Victoria Beckham have marked their 20th wedding anniversary with matching sweet messages on their social media accounts.

The retired soccer star and the fashion designer - who have Brooklyn, Romeo, Cruz and Harper Seven together - celebrated two decades of marriage with loving posts for each other on their Instagram accounts.

Alongside a slideshow of pictures from her wedding day, she said: "20 years today. I love you so much xxxxx Kisses x @davidbeckham (sic)"

And on his own social media account, David wrote a sweet post for his wife of two decades. 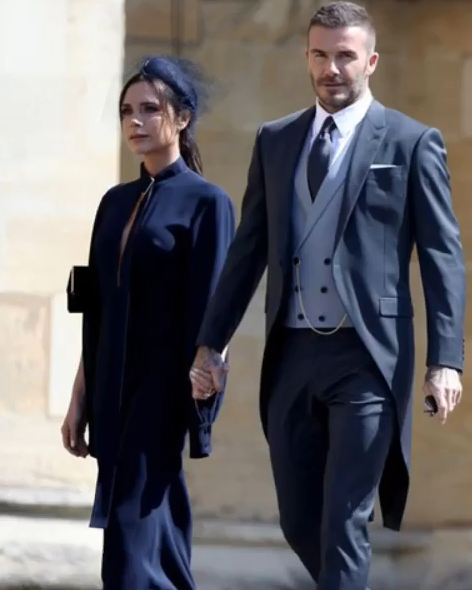 Their eldest son Brooklyn, 20, wished his parents a happy anniversary, writing: "Happy anniversary mum and dad xx love you guys so much xx have a wonderful day (sic)"

Romeo, 16, dubbed his parents the "best" as he celebrated their special day.

He wrote: "Happy 20th anniversary to the best parents love you so much (sic)"

Meanwhile, Victoria insisted she and her ex-England captain husband are "stronger together" than they would be on their own, and the couple have "respect" for their family unit.

She said: "We both realise that we are stronger together than we are as individuals. Would either of us be in the position that we are in now had we not met and been together all those years ago? It's all about the family unit. We are much stronger the six of us, than we would be if we were individuals. We respect that family bond and that is key. People have been making things up about our relationship for 20 years, so David and I are pretty used to ignoring the nonsense and just carrying on as normal. But these things have a wider effect on the people around us, and that's unfair."