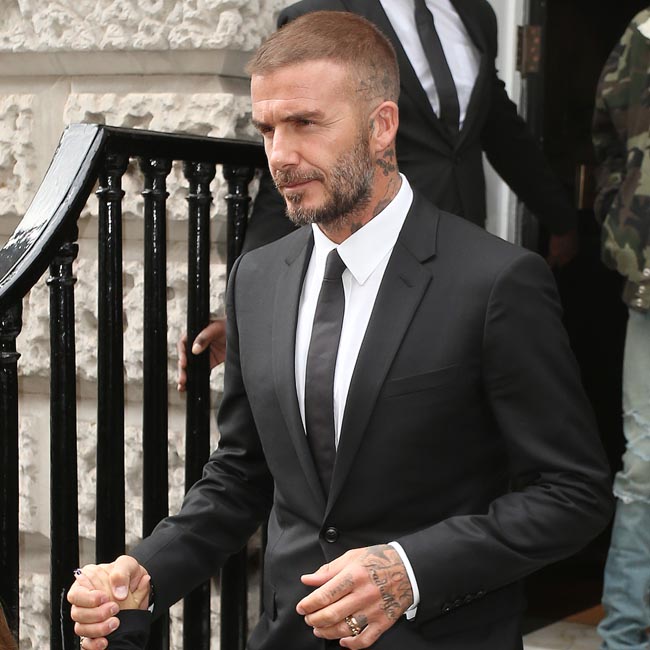 The 43-year-old star hopes to become a part-owner of the little-known English soccer team - which plays in the fifth tier of English soccer - alongside his former Manchester United teammates Gary and Phil Neville, Ryan Giggs, Paul Scholes and Nicky Butt.

Beckham said: "It is a really special club with a special group of people. My early years in Manchester were all spent in Salford. I grew up there in many ways so to be able to finally join the lads and the club today is a great feeling.

"Salford City has achieved so much success in a short space of time, the fans are incredible and I'm really excited to be spending more time in Salford again."

Beckham is a close friend of his co-owners, having played alongside them for the Manchester United youth team during his teenage years.

And Salford City is excited about Beckham's involvement.

In a statement, the owners explained: "From the very beginning we wanted David to be involved and be with us on this incredible journey however circumstances and commitments didn't allow that.

"Now the time is right and it is another exciting time in Salford City's history."

The former United stars - who are widely known as the Class of 92 - own 60 percent of the club, with the remaining shareholding belonging to Singapore businessman Peter Lim.

The Football Association still needs to approve Beckham's ownership, but according to Gary Neville, the soccer icon is expected to attend a Salford City game in the "next two or three weeks".