Drake is giving thanks to his mom for driving him to all his music lessons and acting jobs after winning the Billboard Top Artist award.

He says she was always there to take him to piano classes, hockey games and even to "Degrassi," the Canadian teen drama that launched his career.

He said no matter how long it took for him to figure out what he wanted to do, she was always there to give him a ride.

Drake had a big night, winning three awards during Wednesday's telecast and became the winningest artist in the awards show history.

Pop singer Halsey kept up with impressive choreography by K-pop boy band BTS for their performance of "Boy With Luv" at the Billboard Music Awards. 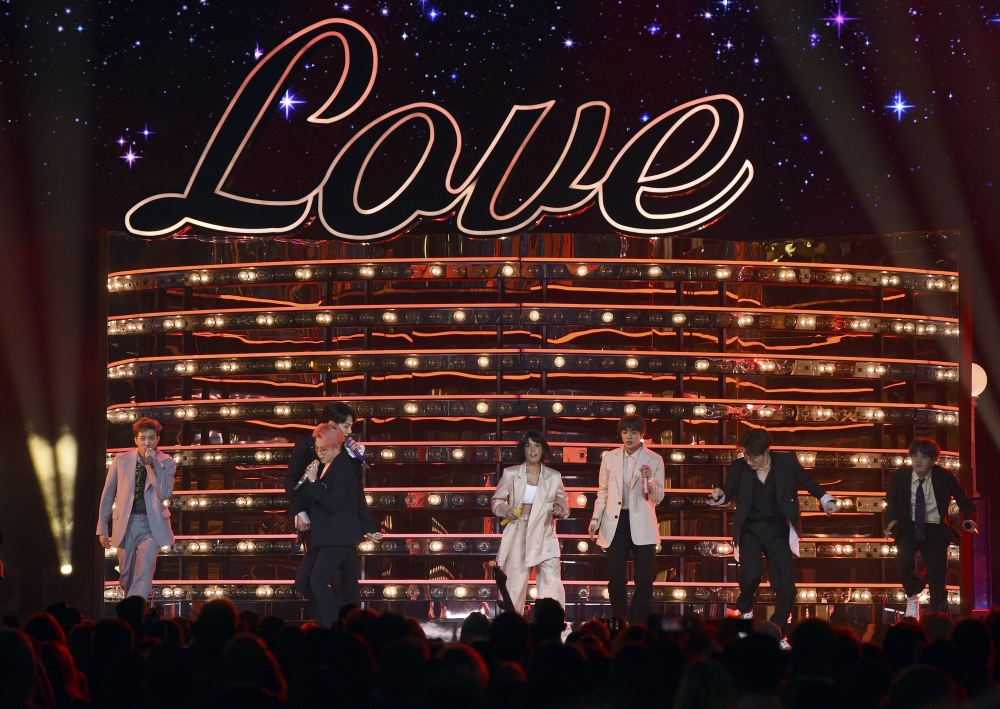 The passionate BTS army of fans treated the performance at the MGM Grand Arena like the biggest of the night as the global superstars shimmied and danced across the stage to ear-piercing screams.

The song, which is primarily sung in Korean, broke a record for most views in the first 24 hours on YouTube.

Pop star Mariah Carey has demonstrated her icon status at the Billboard Music Awards with a medley of her hits across the decades and showed off her five-octave range.

Covering hits like "Always Be My Baby," ''Emotions," ''We Belong Together," and "Hero," fans at the MGM Grand Arena waved their arms in the air and sang along with the global star, who accepted the ceremony's Icon Award.

Dabbing her eyes with tissue, she shouted out to her children in the crowd. She acknowledged both her mistakes and the memes she inspired, but said the fans carried her through the highs and lows.

She accepted the award from presenter Jennifer Hudson.

Madonna has brought virtual versions of herself to the Billboard Music Awards as she performed with Colombian singer Maluma. 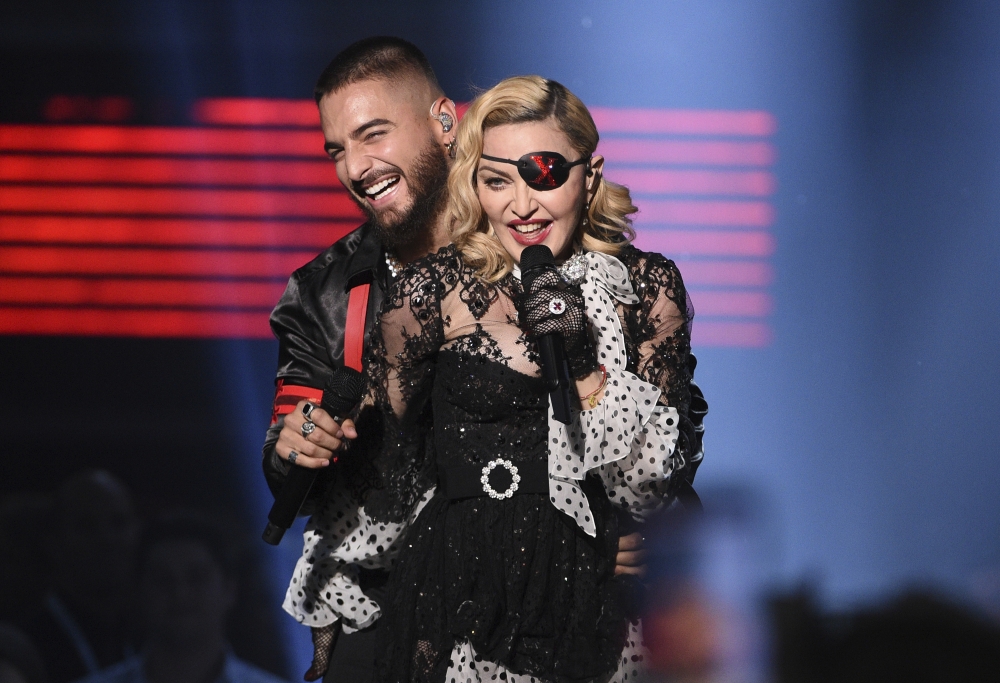 The two singers danced together in real life to the Latin-flavored collaboration, but also with holograms of Madonna in different outfits for a performance of their song "Medellin."

The Jonas Brothers have reunited at the Billboard Music Awards after a nearly six-year break by celebrating their solo work and their new single together.

Nick Jonas kicked off their performance with his solo song "Jealous" and was joined by his brother Joe for a version of DNCE's "Cake By the Ocean." Brother Kevin came out for a fiery performance of their new single "Sucker."

The trio, who also just announced a new tour, had the crowd on their feet dancing and screaming along, including "Game of Thrones" star Sophie Turner.