Dubai hosts its first ‘blue carpet premiere’ with The Smurfs

MOTIONGATE Dubai, the action-packed Hollywood-inspired theme park and official home of The Smurfs in the UAE yesterday hosted the Middle East premiere of The Smurf’s latest movie: “Smurfs: The Lost Village”.  The theme park, which is part of Dubai Parks and Resorts, rolled out the blue carpet for Papa Smurf, Smurfette, Brainy and Vanity who were joined by television personality, Raya Abirached, the Arabic voice of Smurf Willow in the new movie.

The premiere was held at the theme park’s very own 1000 seat Hollywood Theatre and was followed by Raya joining her blue friends for a tour of their mushroom capped homes in the Smurf’s Village, one of five theme zones at MOTIONGATE Dubai. 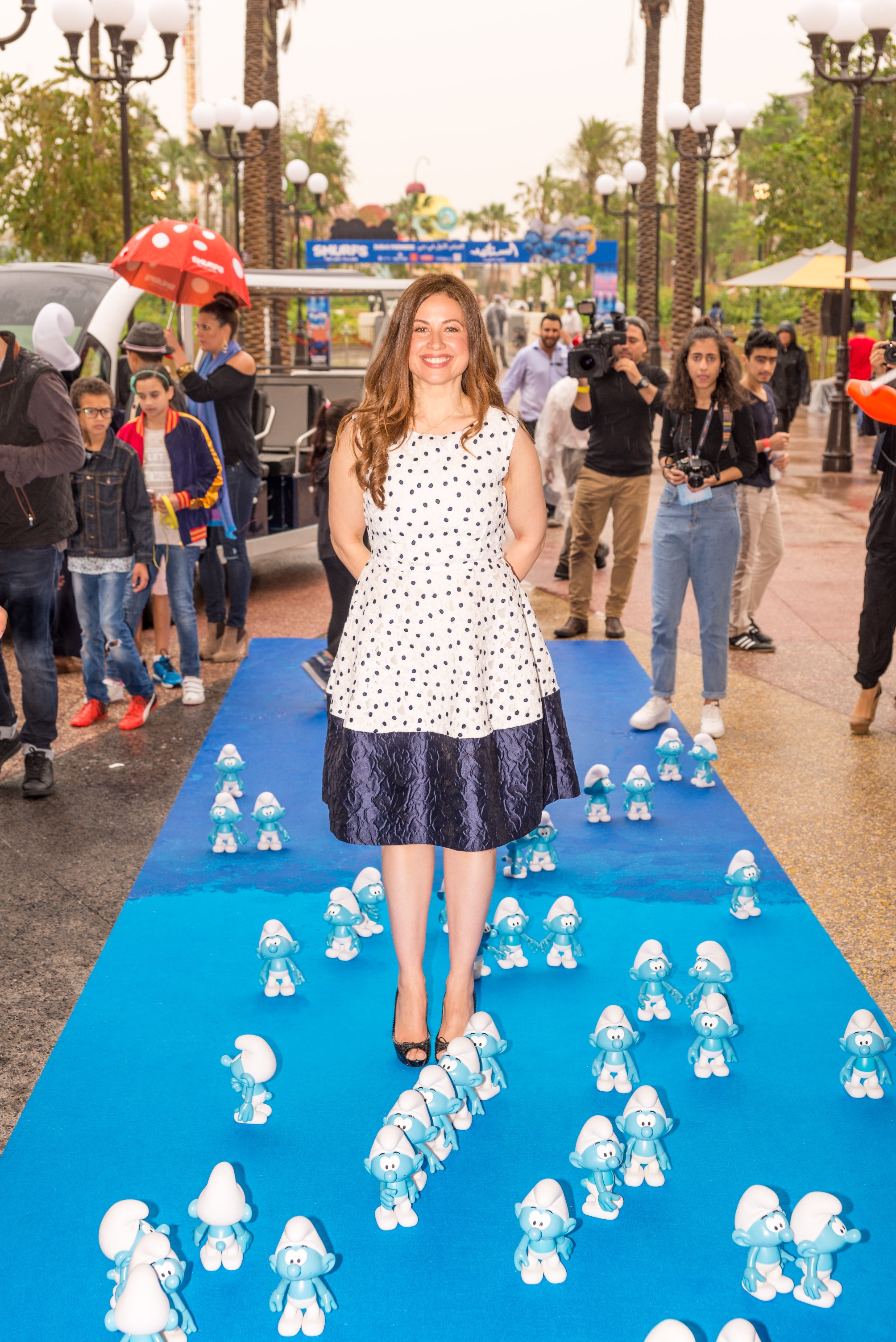 “MOTIONGATE Dubai combines the best of Hollywood cinema, theme parks and live entertainment to create an amazing experience for our guests. Therefore it was only fitting that the first premiere for one of our most well-known and loved characters The Smurfs, was hosted at our very own Hollywood Theatre. We encourage all the Smurfy fans in the region to come visit their favourite blue friends in their official home at the park”, said Brian Machamer, General Manager of MOTIONGATE Dubai.

Opened in December 2016, the Smurfs Village Zone is the first Smurfs-inspired theme park zone in the region, and the largest of its kind in the world. Parents and kids can go beyond the screen and step into the fantastical world of The Smurfs with its larger-than-life mushroom capped houses and lush forested surroundings. The resident Smurfs will charm their guests as they explore the variety of rides, live shows, play areas and dining on offer including:

· Smurfs Studios Tour, an interactive ride which takes guests behind the scenes of the Smurfs movie set

· Smurfs Village Playhouse, a one-of-a-kind theatre show where kids can interact with an animated Brainy Smurf and indulge in a two-way conversation;

· Very Smurfy Café, visitors can dine like a Smurf under a mushroom capped house and enjoy Baker Smurf’s special menu of delicious treats including some fun Smurf-themed desserts!

Guests should also be sure to keep your eyes out for local residents Papa, Smurfette, Brainy and Vanity as they parade the village, spreading Smurfy cheers to fans while posing for keepsake photos.

MOTIONGATE Dubai is part of Dubai Parks and Resorts, the region’s largest integrated theme park destination which will also feature Bollywood Parks Dubai, a first-of-its-kind theme park that showcases rides and attraction based on some of Bollywood’s biggest blockbusters as well as the region’s first LEGOLAND Park and a LEGOLAND Water Park. The entire destination is connected by Riverland Dubai – retail and dining destination at the heart of Dubai Parks and Resorts, and guests can stay at the Lapita Hotel, a Polynesian themed family hotel part of the Marriott Autograph Collection. Expected to open in late 2019, Six Flags Dubai will be destination’s fourth theme park and the region’s first Six Flags theme park.