Duchess Meghan expecting baby by beginning of May

Prince Harry's wife Meghan, Duchess of Sussex told well-wishers on Monday she was six months pregnant and was expecting her baby at the end of April or beginning of May.

Clutching her growing baby bump on a visit in northwestern England, the glamorous former US television actress also said she does not know if she is expecting a boy or a girl.

"She said she is six months pregnant and due at the end of April, beginning of May," Kim Thompson, who was among the people the royal couple met with, told British media. 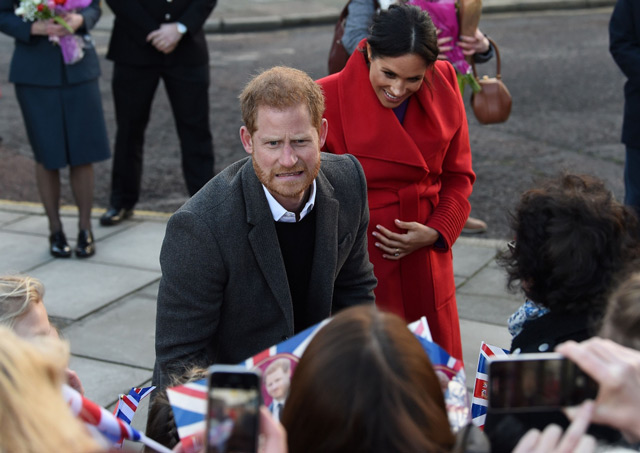 Harry and Meghan also spoke to a group of children from St Anne's Catholic Primary School in Birkenhead and were asked about the sex of their unborn child.

Kitty Dudley, 9, said: "I asked her if she was having a girl or a boy and she said she didn't know".

Harry and Meghan married in a fairytale wedding that broke with royal traditions at Windsor Castle in May last year and announced in October that they were expecting a baby.

Kensington Palace, their official residence in London, said at the time that the Duchess was due in spring 2019.

Meghan last week was seen as becoming a fully-fledged member of the royal family by taking up her first patronages. 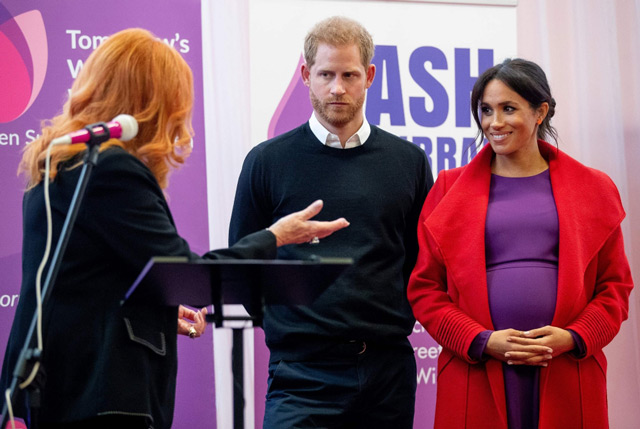 The charities she will lend her name to are involved in education, theatre, women's empowerment and animal welfare. 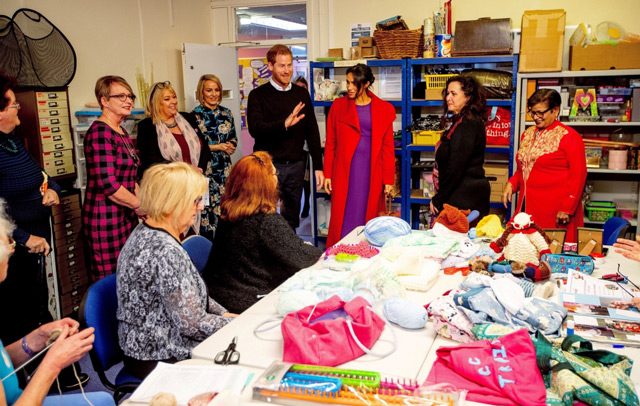