The Duchess of Sussex made a surprise appearance with Prince Harry in London on Wednesday at an event, which celebrates young people all around the UK who have made a difference to their community.

The 34-year-old royal delivered an empowering speech at WE Day UK before surprising the audience at the SSE Arena, Wembley, in north London, by telling them he was going to "drag his wife on stage" as the 37-year-old former actress - who is due to give birth to their first child next month - stepped out to join him.

They hugged as Harry told the crowd: "I am with you and we are with you. Get to work."

During his speech, Harry - who is the President of The Queen's Commonwealth Trust - says being around such "motivated" and "open minded" young people gives him "hope" for the future. 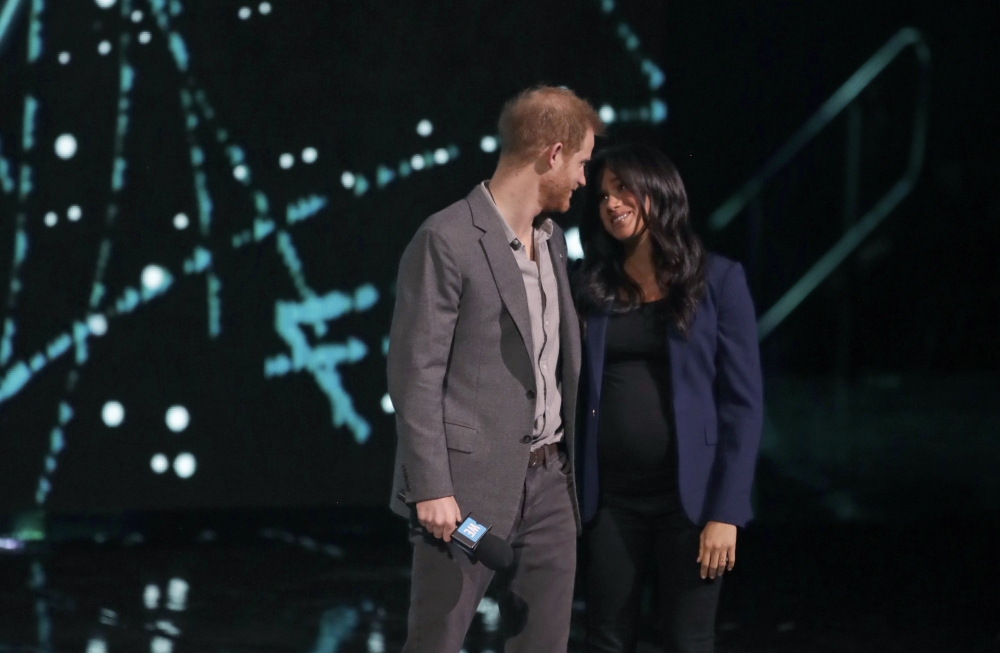 He said: "To be amongst all of you progressive, motivated, open minded, change-makers, is what gives me hope for the future. Your optimism is inspiring - you see opportunities where other people see challenges; you seek solutions when others just focus on problems. You are the most engaged generation in history. You care about values, doing the right thing, and championing the causes that will shape your future. You don't judge someone based on how they look, where they're from, or how they identify.

"In this room, you see the world for what it is - vibrant, colourful, mixed and full of promise. That is who you are, and that is what makes me feel proud to stand in your presence as you tackle the world's greatest issues. And you guys know as well as I do, we've still got so much to do."

WE Day is a global initiative, urging young people to get involved with social change.

The 12,000 people in attendance at the event on Wednesday were teachers and school pupils who had helped and supported their local community in one way or another.