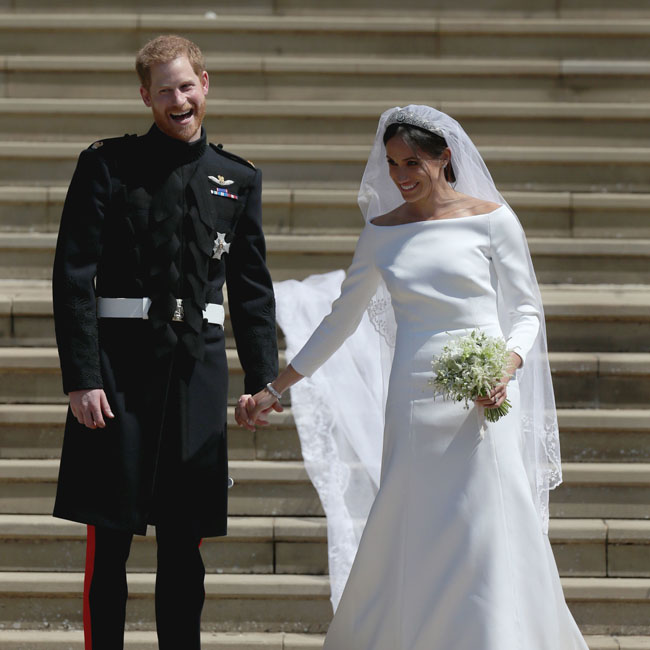 The 37-year-old former actress married Prince Harry at St George's Chapel at Windsor Castle in May 2018 and she walked down the aisle in a custom-made Givenchy gown, which featured a five metre-long silk veil that included intricate floral detail representing all 53 countries of the Commonwealth.

The stunning bridal gown was designed by the French fashion house's artistic director Clare Waight Keller, and the 44-year-old designer has now opened up about what it was like to work with the royal and revealed that the Duchess of Sussex wanted to "carve out" a new idea of how a royal should dress.

Speaking to Grazia UK, she said: "We talked about the ceremony, the implications of her coming into the family and what her role was going to be in the future, and what she wanted to represent, what emotions she wanted to portray, how she wanted to carve out a new idea of a way to dress for a royal, and also the magnitude of it."

And Meghan worked closely with Clare to get all of the small details perfect for her big day.

Clare said: "She was so excited about the whole thing. It's all those little things when you're working with such purity, everything matters - the bateau neck and where it cut on her bone, the hem at the front was 2cm shorter so you could see the point of her shoe, so she looked like she was floating."

The fashion guru also admitted that she had to remain completely confidential about the dress and even kept her lips sealed when speaking to haute-couture designer Philippe Venet - the late Hubert de Givenchy's long-time partner.

Clare added: "It was like a doctor's law, in that you don't talk about your patients, so I just stuck to that principle.

"Because it felt so small and intimate up until that point. No one else was involved, it really was just the two of us for so long, I simply didn't grasp the scale of it. Then on the day, driving through streets and streets lined with people waving, that overwhelming realisation that actually, this is going to be enormous..."

Meghan's wedding to Harry, 34, was watched by 1.9 billion people worldwide and Clare insists that she and the former 'Suits' star - who this month gave birth to the couple's first child Archie Mountbatten-Windsor - now have an "unbreakable bond".

She said: "I think the magic of that being so intimate and so personal for so long felt incredibly special because it evolved from a designer and client relationship very quickly into a friendship, in that we've got such a comfort level with one another and shared so many special moments.

"I suppose we have a sort of unbreakable bond in that sense, when you've experienced something very few people have together, so it goes deep."