The Duke and Duchess of Sussex made their first public appearance since their wedding at a garden party in honour of Prince Harry's father, Prince Charles.

Prince Harry and Duchess Meghan - who was known as Meghan Markle before she married on Saturday - attended a garden party in honour of the prince's father, Prince Charles' 70th birthday at Buckingham Palace.

At the event, Harry honoured his father with a touching speech, but sent his new wife into a fit of giggles when a bee flew into his ear - just as the 33-year-old prince was praising Charles' conservation efforts.

He said: "It is your selfless drive to effect change - whether that is to improve the lives of those who are on the wrong path, to save an important piece of our natural heritage, or to protect a particular species under threat - which William and I draw inspiration from every day." 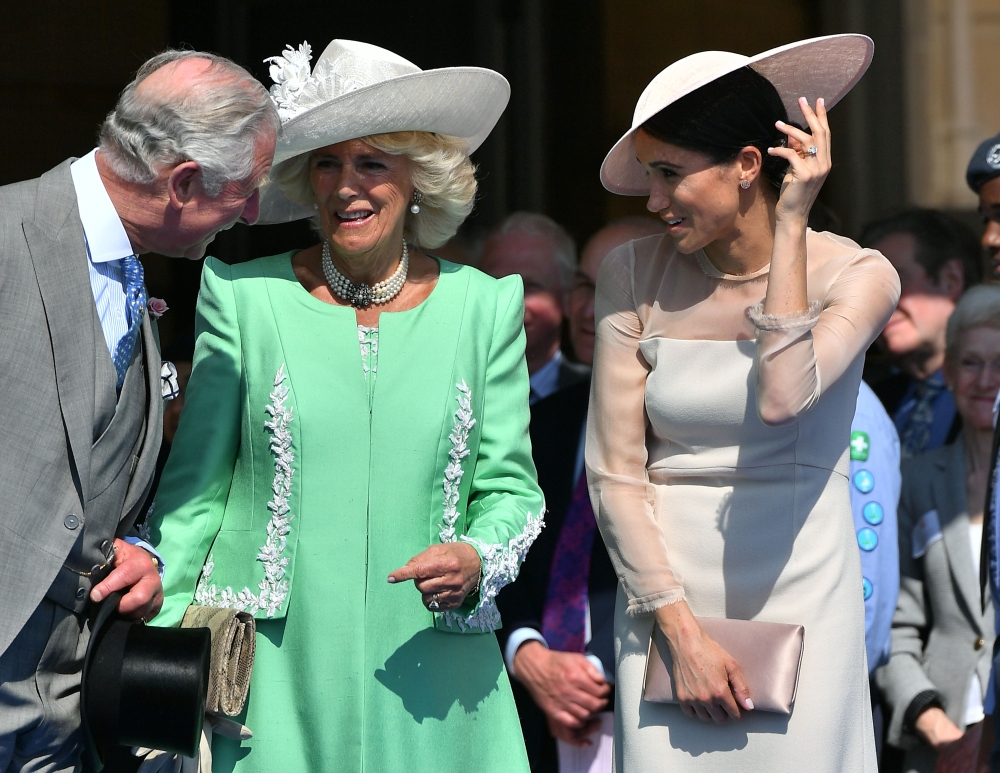 The crowd then laughed as the bee struck, with Harry stumbling over his words.

"So Pa, while I know that you've asked that today not be about you, you must forgive me if I don't listen to you - much like when I was younger.

"And instead, I ask everyone here to say a huge thank you to you for your incredible work over nearly 50 years.

"You have inspired William and I, and looking out here today, it is clear to see that we are not alone. You have created an incredible body of work that has, and will continue to make such a huge difference to so many people's lives both here and around the world.

"With that, Ladies and Gentlemen, please can I ask you to join me in wishing The Prince of Wales a very Happy Birthday - six months ahead of his 70th! How very royal!"

The party was attended by 6,000 people from the charities and military affiliations connected to Charles, as well as emergency service personnel.

But the prince's other son, Prince William, was not in attendance as he was at a memorial service for the victims of the Manchester terrorist attack, and Harry took the time in his speech to praise the "amazing" work of the emergency services and call for a moment of remembrance.

He said: " I would like us to take a moment to remember all those affected by the tragic events at the Manchester Arena a year ago.

"We are fortunate to have over 250 representatives from the emergency services here today. It is right that we take a moment to recognise the amazing work they do every day and how each member of our Blue Light Services rise to meet the challenge of tragic events such as the attack a year ago.

"We are also joined by Youth United Cadets. Their organisation also provided triage support to the medical crews on the attack. 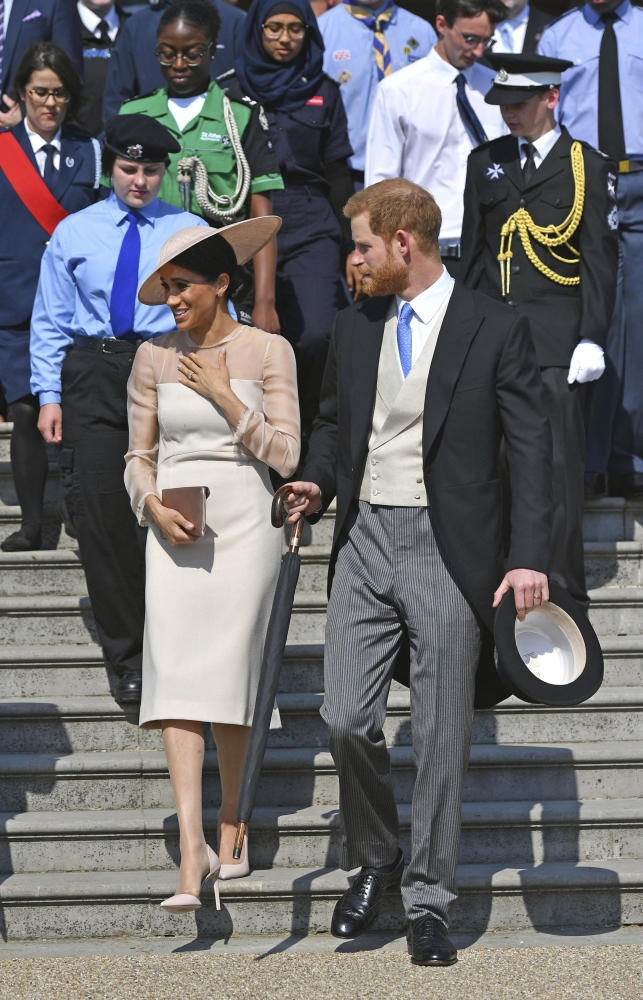 "Our thoughts are with those who lost loved ones and those still dealing with the experiences of that night."