The royal couple, on their last official foreign tour before becoming parents, petted horses and strolled hand in hand through the equestrian club in Sale in the outskirts of Rabat.

The Duke and Duchess of Sussex, as they are formally known, met disabled young people grooming horses, and heard how spending time with the animals helps them face their challenges. 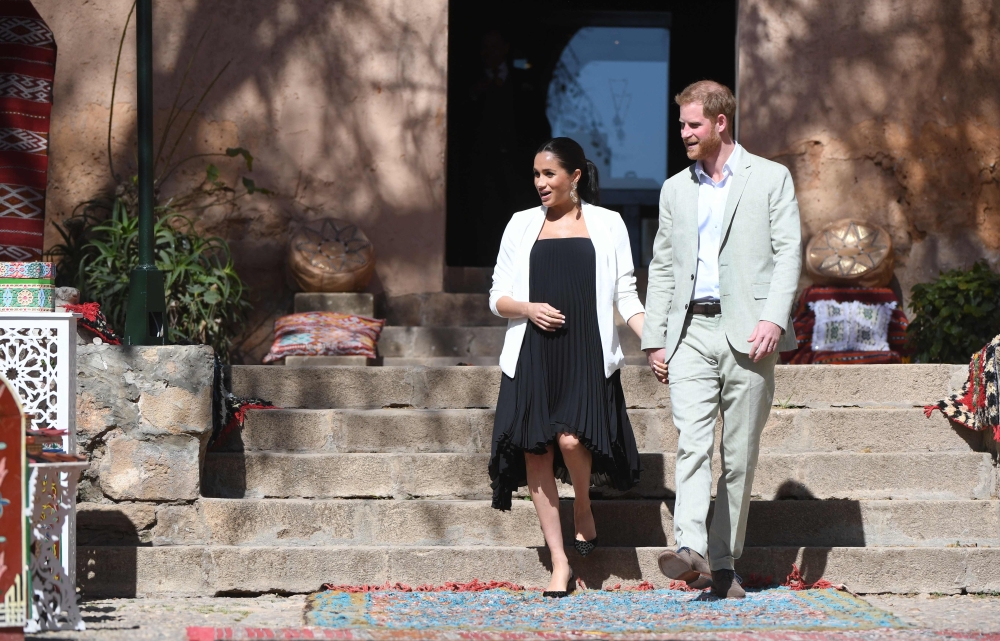 Meghan chatted with Zakaria, a 20-year-old with mobility issues who become an IT instructor with the help of equine therapy, 24-year-old Driss, who has speech difficulties, and Ikram, a 19-year-old with Down syndrome. 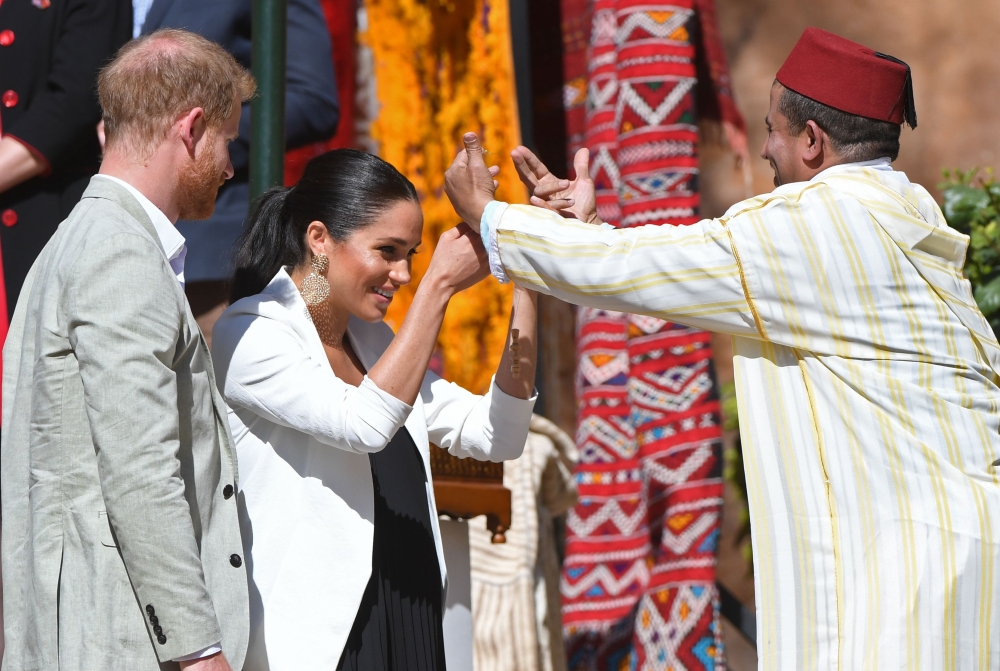 The royal couple, who married last year, appeared relaxed as they stroked horses poking their heads out of the stable doors in the morning sunshine. 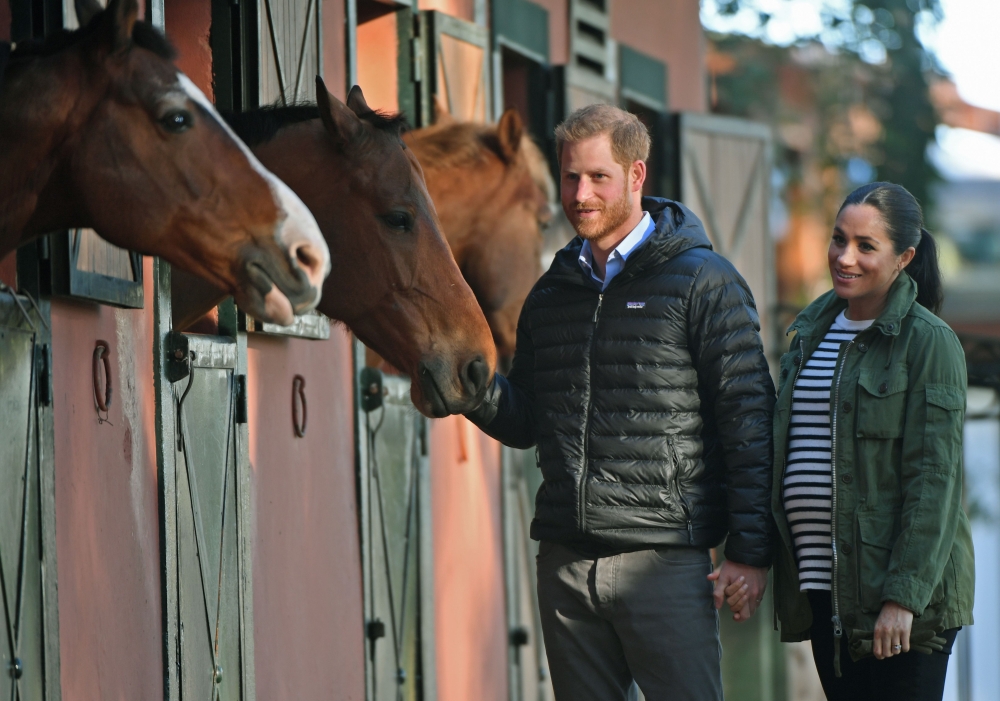 A joking Harry asked if anyone had carrots to feed them, and confided that he missed his own horses. 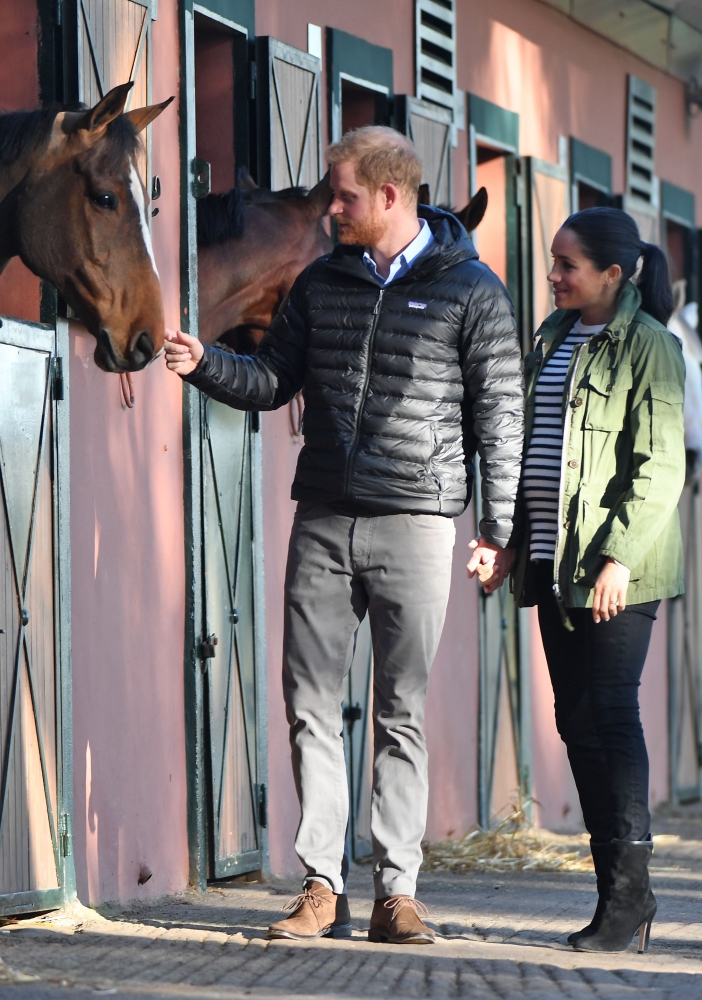 Harry also opted for a casual look with grey jeans, a light blue shirt and a black, padded jacket for the visit to the Moroccan Royal Federation of Equestrian Sports. 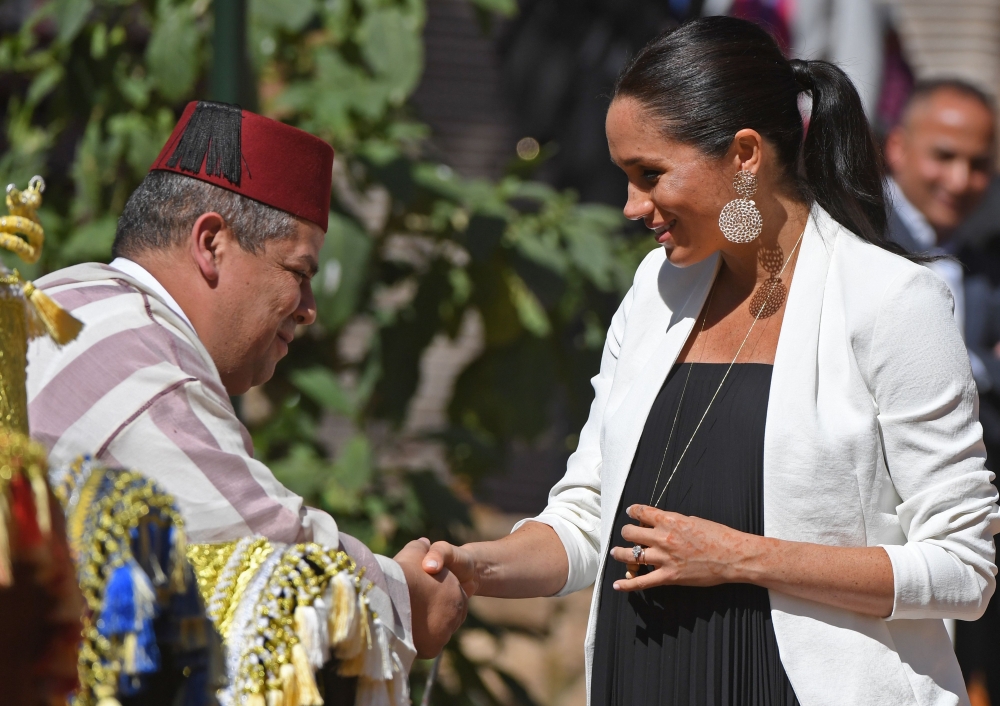 At a later event the couple sampled Moroccan cuisine - which Meghan declared "delicious" - and heard how cooking is used to help disadvantaged children.

They met renowned Moroccan chef Moha and tasted harira - a traditional Moroccan soup - as well as tajines, salads, and couscous.

The children made Moroccan pancakes using a recipe from a cookbook launched by Meghan last year in her first solo charity project to support families affected by the Grenfell Tower fire disaster in London.

Meghan then changed into a black pleated dress and white jacket while Harry donned a grey suit to visit the Kasbah of the Udayas, a fortress at the mouth of the Bou Regreg river.

Later, the pair met King Mohammed VI for what was the first British royal visit to Morocco since Prince Charles and Camilla in 2011.

Harry and Meghan were received at the palace by Crown Prince Moulay Hassan -- the former actress resplendent in a long, blue, flowered dress, and her husband bearing letters from his grandmother, the Queen. 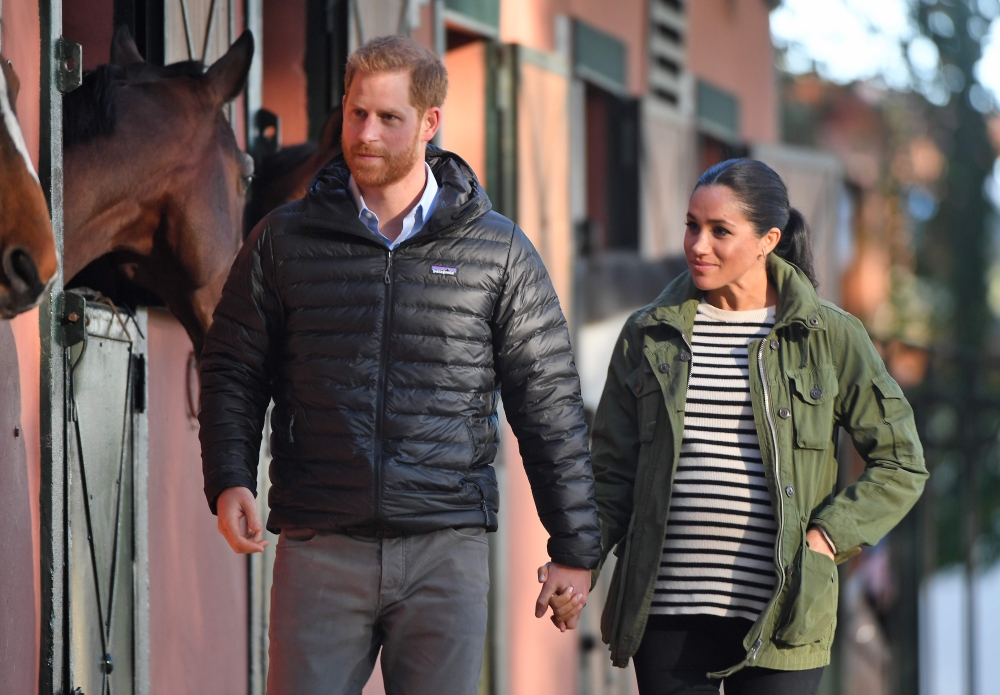 The couple's trip focuses on initiatives to promote girl's education, women's empowerment, and bringing disabled people into the mainstream.