They say Bollywood is growing up - not just in terms of shedding the image of being a masala entertainer but even actors are putting up a much more professional front.

Once upon a time, actors never had the guts to work with ex-flames for fear of stirring a controversy and awkwardness.

But the young guns of Bollywood choose not to make a big deal out of it - in fact more the controversy better the collection.

While they share courteous relationship with their erstwhile sweethearts, they are also romancing them on big screen like nothing really happened.

One knows that Hrithik Roshan and Kareena Kapoor haven't worked together for years even Akshay Kumar and Priyanka Chopra haven't filmed together.

But here's a look at some of Bollywood's hottest pairs, who worked together even after they ceased to be a couple in real life.

Ranbir Kapoor is the kid from the new generation who has written new rules for the stars.

His choice of films and his decisions to shun media is nothing but unconventional.

And when it came to working with ex, Ranbir leadds by example.

Due credit has to be given to Deepika as well for agreeing to do the film as actresses in India have a problem even sharing same stage with their ex.

The film 'Yeh Jawaani Hai Deewani' is Ranbir's biggest hit till date and probably this prompted him to sign another one with Ms Padukone.

The two actors will be working again in Imtiaz Ali's film 'Tamasha' which will release next year. Ranbir is dating Katrina Kaif and Deepika is dating Ranveer Singh, but then the two are behaving like mature professionals, which is the need of the hour and worth applause.

Salman Khan is one actor who despite having broken up with Katrina Kaif continued to share a healthy relationship with the actress.

The two worked in Kabir Khan's film 'Ek Tha Tiger' which broke box office records. The audiences loved their on-screen chemistry and since they had a colourful past this intrigued movie goers.

But that did not stop Salman from working with her and in fact Katrina is still a very good family friend.

Katrina shares a close bond with Salman's sisters and is always part of their family functions.

Kareena Kapoor and Shahid Kapoor walk the ramp together. (File)

The fact that Kareena Kapoor has come to work with Shahid Kapoor in the Abhishek Chaubey directed 'Udta Punjab' despite not being paired opposite him is proof enough that she thinks differently.

She was in fact ready to work in 'Shuddhi' opposite Hrithik Roshan too, but the latter chickened out.

Shahid and Kareena do not have a scene together, but then they may have to share a stage together when the film is being promoted and the actress does not seem to have a problem about it.

Shahid and Kareena split around eight years ago during the shooting of the film 'Jab We Met' when she fell in love with Saif Ali Khan.

Since then, Shahid has been linked to many girls from Priyanka Chopra to Vidya Balan to Nargis Fakhri, but has not said 'I do' to any of them till date.

Alia Bhatt will play Shahid's love interest in the film and Kareena was approached after Shahid had suggested her name.

But the coming together of these two actors means good news for their fans. 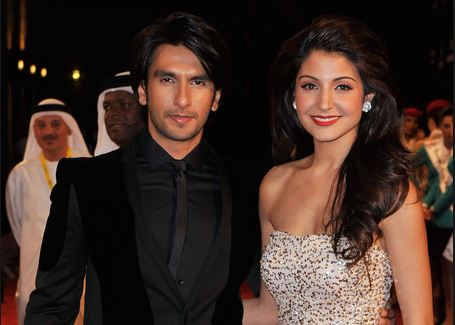 They continued seeing each other for a couple of years and worked together in 'Ladies Vs Ricky Bahl'.

But soon reports of their split surfaced. Anushka has now confirmed to her relationship with cricketer Virat Kohli and Ranveer is rumoured to be dating Deepika Padukone.

Now Ranveer and Anushka are working opposite each other in Zoya Akhtar's film 'Dil Dhadakne Do'.

Akshay Kumar and Shilpa Shetty on the sets of 'Bigg Boss'. (Supplied)

Akshay Kumar and Shilpa Shetty dated for some time and broke off during the last schedule of 'Dhadkan' after which Akshay married Twinkle Khanna.

Shilpa also married Raj Kundra. But when Shilpa was hosting 'Bigg Boss', Akshay Kumar did visit the sets for the grand finale when he came to promote his TV show 'Khatron Ke Khiladi'.

And then yet again Akshay went visiting to another dance reality show to promote his film 'Special 26' in which Shilpa was a judge. 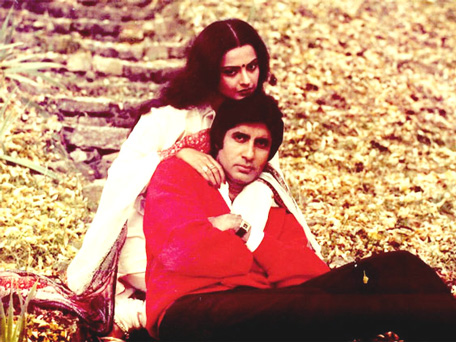 This is the most talked about romance in the history of Indian movie industry, and no one felt that they will work together after 'Silsila'.

Many makers tried to cast them together but Bachchan never gave his nod.

However in the recently released film 'Shamitabh', R Balki managed to get them together, albeit not in the same frame.