Bollywood Buzz... Don 2 is not too daunting!

Don 2 not too daunting!

Abbas and Mustan think their film 'Players' starring Abhishek Bachchan and Neil Nitin Mukesh is far better than the one in which one of their favourite actors Shah Rukh khan is working in – 'Don 2'.

Else how would they think of releasing 'Players' opposite 'Don 2' during Christmas? Abbas and Mustan have done films like 'Baazigar' and 'Baadshah' with Shah Rukh Khan, but Khan has been avoiding them for many years now.

One knows how important a film like 'Baazigar' has been in SRK’s career, but his decision to not work with Abbas and Mustan after Baadshah has led to the makers coming to this confrontation.

The wise ones in Bollywood want the decision to be thought about. SRK’s Don was pitted opposite Jaan-e-Mann and both films suffered as a result.

Will history repeat itself?

David Dhawan made some good films with Rishi Kapoor and Juhi Chawla like 'Bol Radha Bol' and he has been bowled over by Radha or so it seems. Even as Juhi is content playing smaller roles, David has got this actress with whom he has worked in a few films like 'Mr and Mrs Khiladi', to come and work with him in a film with Rishi Kapoor.

The 'Tere Bin laden' kid Ali Zafar who is also working in 'Mere Brother Ki Dulhan' will make his entry into the David Dhawan camp with this film.

The film is a remake of the superhit from yesteryears 'Chashme Baddoor' and we are not sure whether the film’s title will be retained or not.

Zafar will play the role essayed by Farooq Shaikh in the original. 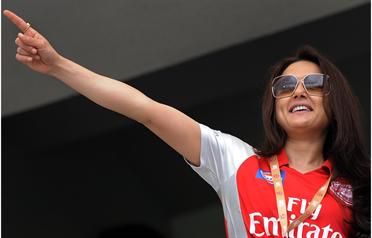 Preity Zinta is all set to turn producer. After being a team owner, Preity surely seems to have had an idea about how to go about spending her money wisely. And here she is pairing up with old friend Prem Soni and producing a film.

Preity will be producing a film which is being directed by Soni. Soni had gotten her to do an item song in his debut film 'Main Aur Mrs Khanna' which tanked badly at the box office. But then Soni’s script of the film Paris seems to have clearly impressed the actress so much that she has decided to take the risk herself by backing the project. 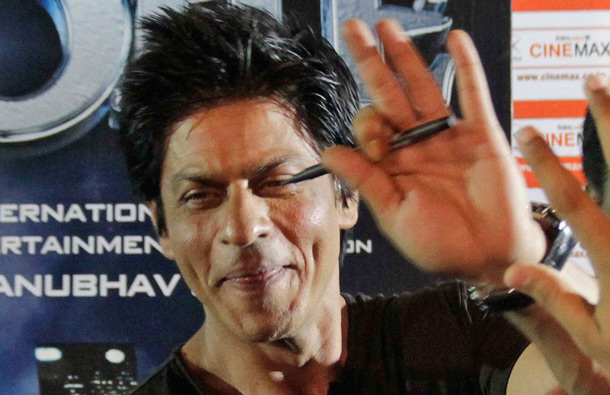 Shah Rukh Khan was supposed to make a small film when he was at the IPL, but then dropped the idea. We are not sure about what that film was all about but the film suffered because SRK got busy with 'Ra One' again.

SRK had just come back after shooting for 'Don 2' and was relaxing before doing a quickie. We are not sure about who was making that film or what it was all about, but SRK opted out of the movie because he wanted to work on 'Ra One' and he saw a trailer and wasn’t too happy with it.So with the intention to cheer his team during the IPL and also work on 'Ra One', the small film died a slow death.

SRK admits that the film could not be made, but is not willing to reveal what it was about.