Emila Clarke has admitted that she tried to swipe the giant Iron Throne from 'Game of Thrones' - but failed. 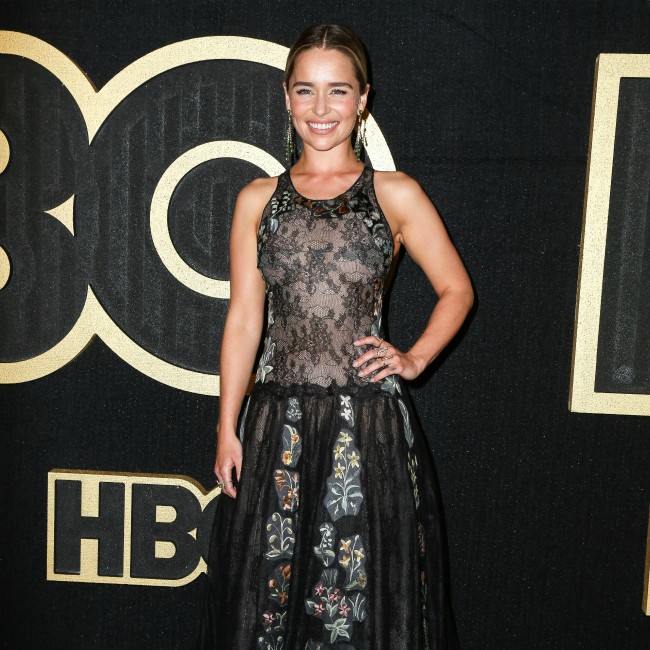 The 32-year-old actress - who plays Daenerys Targaryen on the hit HBO show - admitted she is a "goody two shoes", but quipped that she had a stab at attempting to shift the giant metal sculpture into her car.

She joked: "I tried to throw some things under the wig, hide them in my bag, nothing.

"Apparently the throne itself you can't ... I was there pushing it, trying to get it in the car.

Emilia added that the final episode of 'GoT', which hits screens on April 14, will "shock".

She told E! News: "It's going to be huge, that much everyone needs to know.

"It took us a long time to film this one for a very good reason.

The 'Me Before You' star previously revealed that "everything" from the costumes to the camera checks were "more intense" than ever before for the big finale.

She said: "[Camera] checks take longer, costumes are a bit better, hair and makeup a bit sharper - every choice, every conversation, every attitude, has this air of 'this is it.' Everything feels more intense."

Meanwhile, Kit Harington recently admitted that he thinks the final season was "designed to break" the cast.

The 32-year-old star - who plays Jon Snow - said that all the cast were so "sleep deprived" and "broken", that they'd "had enough" of being on set by the time the programme wrapped.

He said: "The last season of 'Thrones', seemed to be designed to break us. I remember everyone walking around towards the end going, 'I've had enough now. I love this, it's been the best thing in my life, I'll miss it one day - but I'm done.'"