The Legendary Band Toto. Emirates Airline Dubai Jazz Festival lived up to its promise of an amazing start to a three­day extravaganza.

It was the opening night of the 14th edition  of the festival and the atmosphere was electric as Youtube Sensation  Postmodern Jukebox began to thrill the festival goers with spectacular tap dancing.

Their energy was truly contagious playing hits like ‘Bad Romance’ and ‘My Heart Will Go On’. 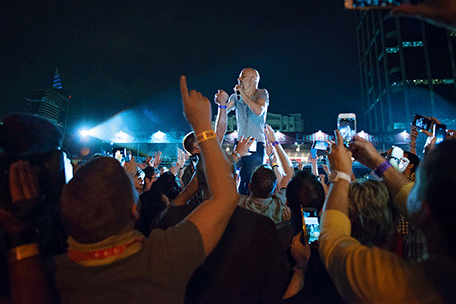 They even had the audience singing along to the popular cover of Justin Bieber’s ‘Sorry’.

Following was British Rock  Band James  who  did an encore  as  ‘Moving On’ and ‘Sit Down’.

Everyone was in for a special surprise as Tim Booth jumped into the Fan Pit and Golden Circle to sing along with all their fans. Then the Legendary Band Toto launched into their rocking performance. 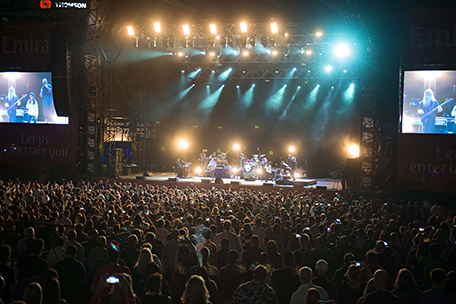