Vin Diesel at Meydan? Dubai revs up to get ‘Fast and Furious’

Hollywood is shifting gear for one of the biggest summer releases this week and Dubai will be in the driver’s seat as the ‘Fast and Furious 6’ explodes out of the screens to hit the race track at Meydan on May 24.

In a first for the emirate, a special four-dimensional event will coincide with the film’s release across UAE cinemas, with the ‘Fast and Furious Extreme Carpark’ bringing together car enthusiasts from across the country to showcase their suped-up rides, take the wheel at a special drifting race track and bag some exclusive merchandise for the upcoming Hollywood thriller. 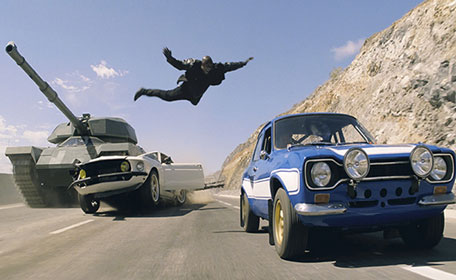 Speaking to Emirates 24|7, event organiser Mahi Golchin-Depala, Managing Director of Ematterz, said: “‘Fast and Furious’ is one of the biggest money spinning franchises in the UAE; if you count in terms of box office receipts, then it would probably be in third place after ‘The Avengers’ and ‘Spider-Man’. 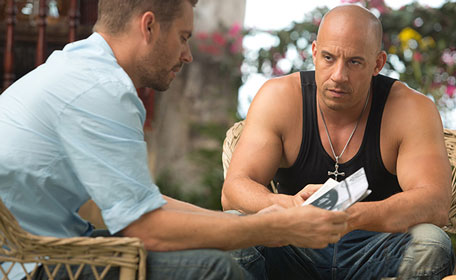 “This new instalment served up a perfect opportunity to celebrate this Hollywood blockbuster with such an event that would appeal to anyone who has loved the first five films in the franchise, or simply has a love for cars that are uniquely driven.”

Golchin-Depala said this community event for car enthusiasts is free and open to the public, “which will go a long way in setting the premise for the film franchise’s seventh instalment next year that is expected to be filmed in the Middle East.” 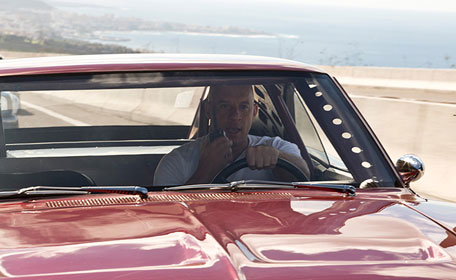 For those not in the know, lead actor Vin Diesel let it slip in a media interview last week that the next in the ‘Fast and Furious’ franchise will see the lead actors back in the driver’s seat in Tokyo and then jetting off to the Middle East.

After Tom Cruise, Diesel could very well be chasing bad guys down the Meydan track.

Meanwhile, enthusiasts can experience the thrill as the venue spruces up with separate zones being set up this Friday.

“The first will be an extreme car park zone, which is open to anyone who has a modified vehicle they want to show off,” enthused Golchin-Depala. “The UAE drifting and racing organisation will also be showcasing its cars, with hot rods, pimped up rides and tricked out vehicles.”

A semi-indoor drifting track will also see experts get behind the wheel and put their skills to the test in a flurry of smoke and burnt rubber.

Several outdoor activities for the whole family will be set up across the event, with all the films in the franchise also being showcased in an outdoor theatre arena.

Running from 4pm-11pm, the organisers of this free event have also promised a surprise announcement that will be revealed at the event itself.

“This will be the first of many such Hollywood tie-in events we are planning,” said Golchin-Depala. “The long-term plan is to create this idea and turn it into a sustainable set-up that will see the event industry grow into a more thrilling spectacle for film and event fans.”