George Clooney was "taken" by Amal Clooney the moment they first met but he was also impressed by all the "superhuman work" she was doing as a human rights lawyer. 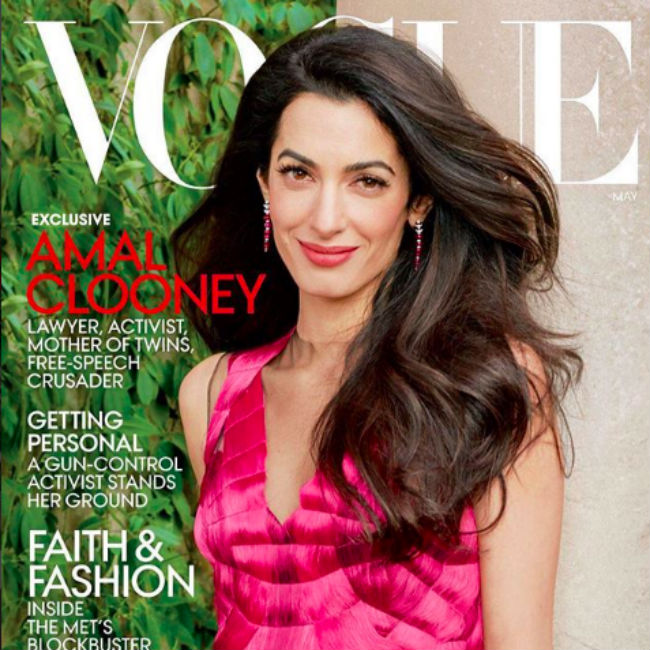 The 'Hail, Caesar!' star was "fascinated" by his beautiful wife when the pair first met but he was also impressed by all the "superhuman work" she was doing.

Speaking about his first impressions, he said: "Of course she was beautiful. But I also thought she was fascinating, and I thought she was brilliant. Her life was incredibly exciting - the clients she was taking on and the superhuman work that she was doing. I was taken with her from the moment I saw her."

The pair decided to go on their first date at a London restaurant and the 40-year-old human rights lawyer says it was the "most natural thing in the world".

She added: "It felt like the most natural thing in the world. Before that experience, I always hoped there could be love that was overwhelming and didn't require any weighing or decision-making ...

"[Love is the] one thing in life that I think is the biggest determinant of happiness, and it's the thing you have the least control over."

George knew he wanted to take their relationship to the next level and ask for Amal's hand in marriage when they were abroad on a safari trip.

He recalled: "Some giraffes walked up to her. They just came out of the blue. I took a picture of her, and she was smiling. I said to my buddy Ben, 'You know, I think I should ask her to marry me.' And Ben said, 'I think that's a good idea.'"

Now the happy couple have two children together - 10-month-old twins Alexander and Ella - and are thoroughly enjoying parenthood.

Amal told the May issue of Vogue magazine: "We've had some 'Mamas' and 'Dadas'. George was very careful to ensure that 'Mama' was the first word."