George Clooney has "real security issues" surrounding his family on a "daily basis", as he says he has to "pay attention" to make sure his twins don't become "targets".

The 'Catch 22' star has twins Ella and Alexander, 23 months, with his wife Amal Clooney, and has said their high profile couple with Amal's risky career as a human rights lawyer means they have to be extra careful when walking the streets, as they don't want their brood to become "targets". 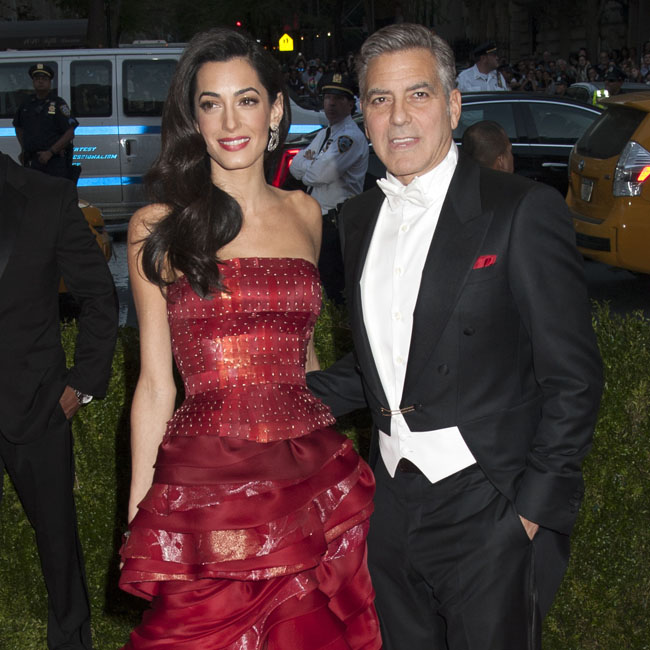 George said: "We have real security issues on a daily basis. We don't want our kids to be targets, so we have to pay attention."

The 58-year-old actor added that although he's thankful for the life he has, he does miss doing simple things like walking in New York City's Central Park, which he can no longer do out of security fears.

Speaking to The Hollywood Reporter's 'Awards Chatter' podcast, he said: "I have a beautiful wife and two beautiful kids . . . [but] I miss being able to walk with our kids in Central Park."

Amal's dangerous career - which has seen her help human trafficking survivors and bring court cases against terror organisation - has been the subject of concern for their family in the past, as George admitted in 2017 he was concerned about her travelling to dangerous countries whilst pregnant with their tots.

He said at the time: "We decided to be much more responsible, to avoid the danger.

"Before, I did not care. I would even say that there was a pretty exciting side to going where no reporter had ever been.

"How can we not be anxious when faced with this immense responsibility? To give birth to a child in this world - never mind two! We are very happy, very excited, but also a bit nervous, it's normal."