Gordon Ramsay has welcomed his fifth child into the world with his wife Tana Ramsay, and has revealed they've named their new son Oscar. 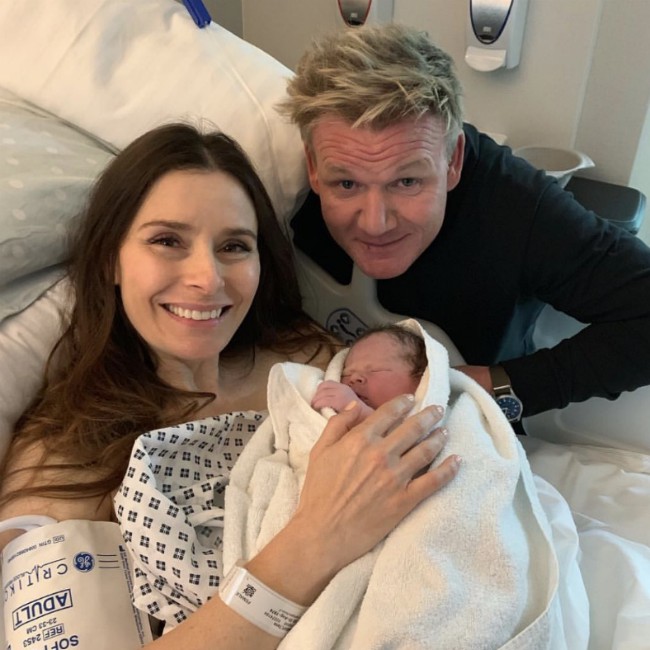 The 52-year-old celebrity chef and his wife Tana Ramsay already have Matilda, 17, twins Jack and Holly, 19, and Megan, 21, together, and on Thursday, they announced they have welcomed another son to their brood, whom they have named Oscar James.

Gordon and Tana, 44, announced they were expecting another tot on New Year's Day, in a social media post which showed off Tana's growing baby bump.

In the video, Gordon said: "And Happy New Year because, guess what? We've got another one coming. Oh my Lord."

Before writing in the caption of the clip: "Exciting news ! Happy new year from all the Ramsay's (sic)"

Their unborn baby boy, who they named Rocky, tragically died five months into their pregnancy.

Taking to his Twitter account at the time, Gordon wrote: "Hi guys, Tana and I want to thank you so much for your support over the past couple of weeks.

"We had a devastating weekend as Tana has sadly miscarried our son at five months. We're together healing as a family, but we want to thank everyone again for all your amazing support and well wishes."

The former 'F Word' star later expressed how their loss brought the family closer together than ever before.

He said: "You realise how lucky you are and you reflect on what you have, how fortunate you are with our remaining children and you remind yourself of what you've got. It's made the family unit even tighter."