Haylie Duff has given birth to her second daughter with husband Matt Rosenberg. 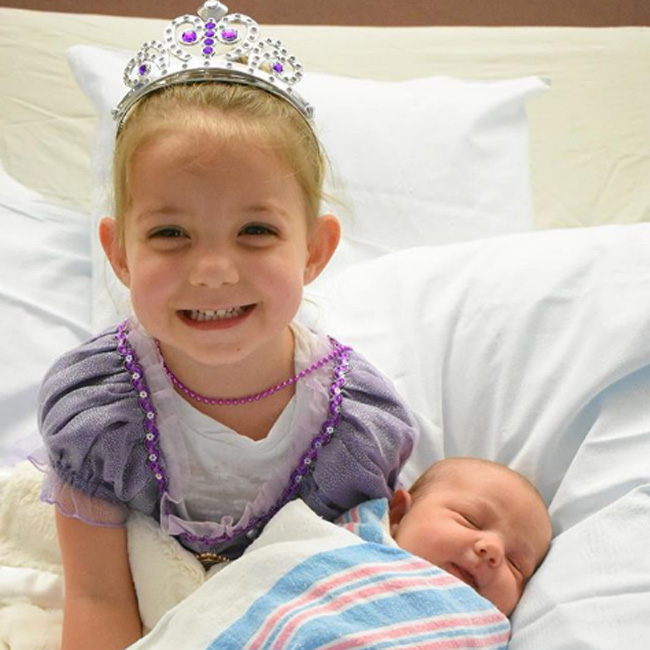 The 33-year-old actress took to Instagram on Thursday to share the happy news that she and partner Matt Rosenberg are now proud parents to a baby girl, who've they've named Lulu Gray Rosenberg.

The mother-of-two posted an adorable picture of the newborn's older sister Ryan, three, cradling her new sibling in a sweet princess costume.

Alongside the photo, Haylie wrote: "She arrived June 5th, and brought all her magic with her! Ryan is the happiest big sister & we are finally a family of 4! Meet our littlest one... Lulu Gray Rosenberg! (sic)"

In March, Haylie - who is the older sister of actress-and-singer Hilary Duff - admitted she

didn't want the sex of her child to be a surprise, as she was too "anxious" to find out.

She said: "We found out it was a girl because I'm anxious and had to go do the blood test to tell me right away."

And the couple - who began dating in 2012 - waited until the tot was born to pick out a name.

Haylie revealed: "Names are hard. We have a top choice name, but we're not committing until she's here because I feel like that's just bad luck."

During her pregnancy, the 'Napoleon Dynamite' star asked her Twitter followers for remedies for morning sickness, and joked that her baby will be a "wild child" because of the effect she's had on her body.

She said: "It's all sinuses and heartburn basically. My first baby was like the trickster baby. She was so easy and my pregnancy was so easy with her. With this one I feel like I'm in for a wild child.