Kendall Jenner caused a commotion when she arrived. Tiffany Trump went unrecognized until a member of the press pointed her out as she made her way down the carpet. And Mariah Carey flew in to perform a couple of songs. 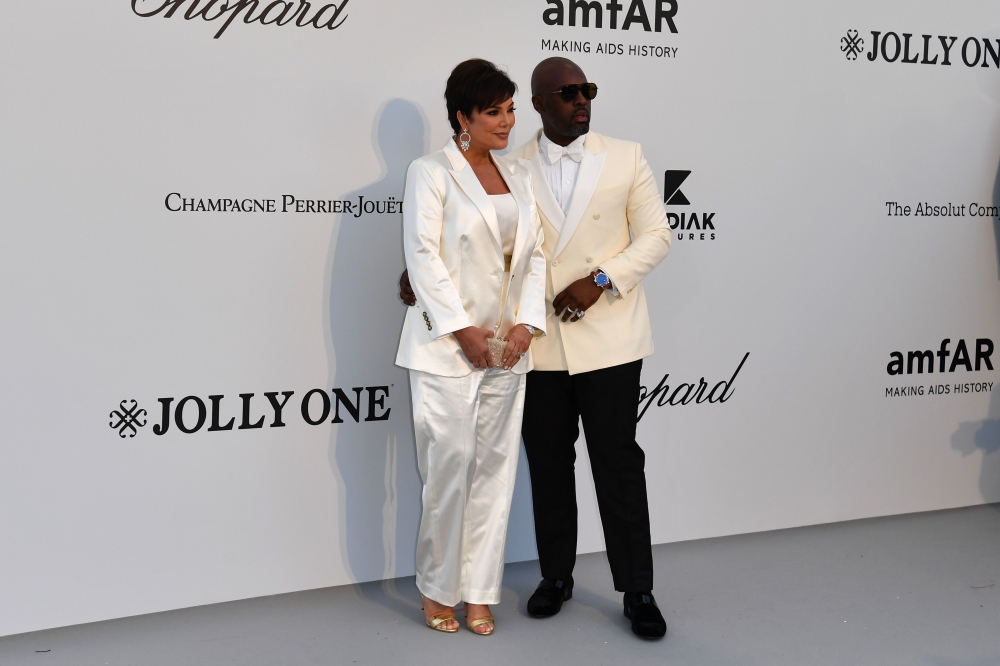 Jenner, in a big bubblegum pink gown, was one of the last to arrive to the Thursday night soiree. While a handler helped fluff her dress for photos, it was model Winnie Harlow who had someone on the carpet brushing hair before posing for pics.

The evening began with an outdoor cocktail party on the grounds of the super luxe Hotel du Cap-Eden-Roc in Cap d'Antibes, about five miles outside of Cannes. Henry Golding chatted with Antonio Banderas, while a few feet away, Kris Jenner, in a white pant suit, kept a low profile tucked away into a corner with her boyfriend Corey Gamble, who was also wearing all white.

After guests were directed to the dinner portion of the evening - the dark red and purple decor featuring large crystal chandeliers overhead and gold candelabras on the tables gave the space a playful goth feel reminiscent of "The Phantom of the Opera" - the night's emcee Chris Tucker welcomed everyone with a short standup set. "I heard it was an all-white party," he said, before cracking, "I'm glad I was able to get in."

Observing the well-to-do crowd, he asked, "Does anyone have a private plane and going to LA? Can I get a lift?" He also said he wouldn't mind crashing on someone's yacht. 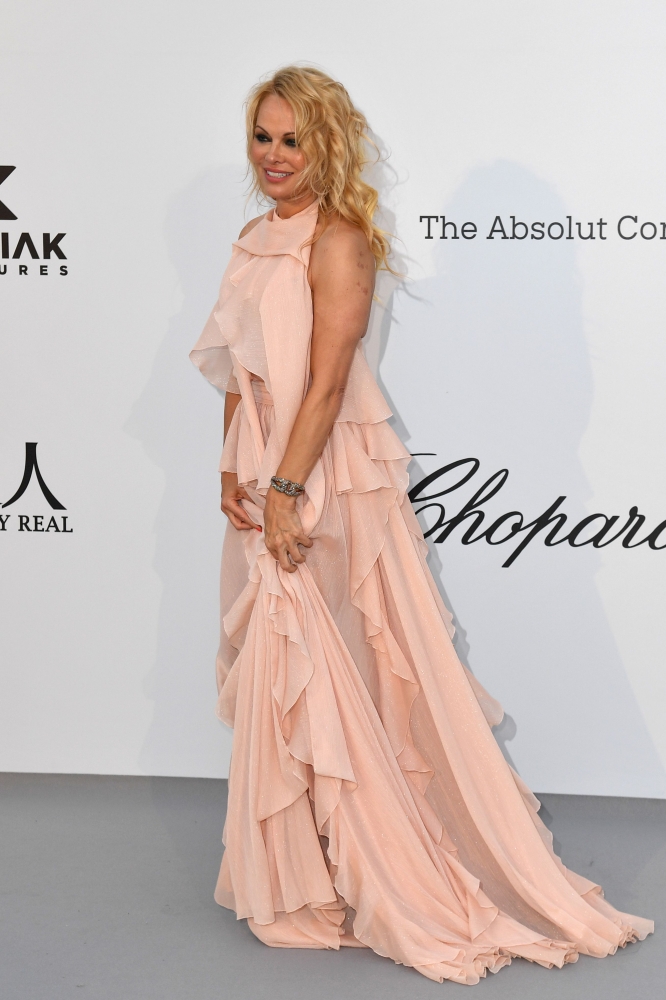 Celebrated auctioneer Simon De Pury started the night's auction with an MV Augusta for 150,000 euros. Other items included a towering marble statue of Mickey Mouse by Gualtiero Vanelli that went for 450,000 euros.

And only at this amfAR auction would you hear De Pury announce, "If you're not already good friends with Prince Charles, now you could be," before auctioning off a 3-day VIP experience in London curated by the royal charity The Prince's Foundation for 175,000 euros.

The night also included its signature fashion show directed by Carine Roitfeld, but this year it included men's looks in addition to the women's. Jenner was one of about three dozen models to walk in the rock and roll themed fashion show. Eva Longoria jumped on stage at the end of the fashion show to help auction of all of the model's outfits for a whopping one million euros. That's more than $28,000 per ensemble!

The evening's performers included British rock band The Struts, Tom Jones and Mariah Carey, who was back in the South of France for her two-song set after performing last week at Chopard's Love party in Cannes.

The amfAR gala was still going at about midnight when dinner - a fish dish with a serving of mashed potatoes and olives - was finally served.

The auction started up again at about 12:30 a.m., but not before a handful of sleepy-eyed guests headed for the exit.