'Friends' star Jennifer Aniston has said the hit comedy show 'Friends' wouldn't be able to be made today because "people will be staring at iPhones". 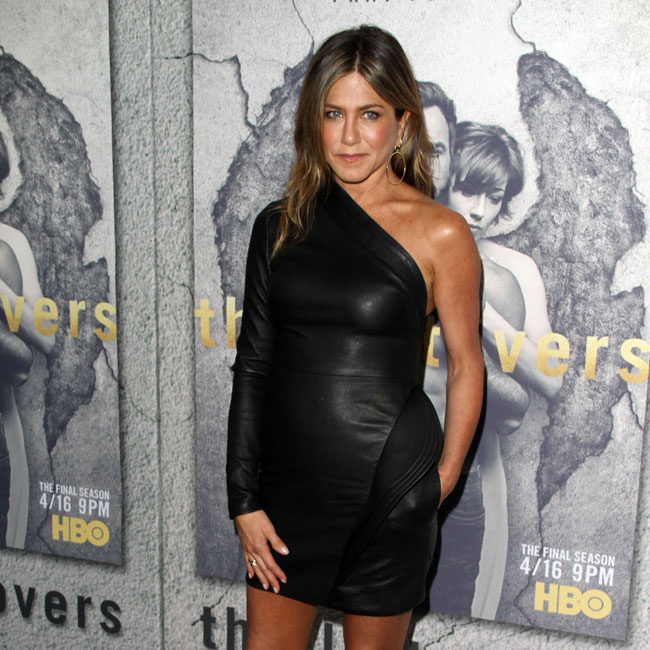 The 48-year-old actress - who starred alongside Courteney Cox, Lisa Kudrow, Matthew Perry, Matt Le Blanc and David Schwimmer in the hit comedy series for 10 years from 1994 to 2004 - insists scenes of the characters interacting in the Central Perk coffee shop wouldn't reflect modern life as people are too interested in their mobile devices to have proper conversations.

Speaking to Arianna Huffington on her Thrive Global Podcast, she said: "We were jokingly saying that if 'Friends' was created today you would have a coffee shop full of people that were just staring into iPhones.

"There would be no actual episodes or conversations."

The actress - who is married to Justin Theroux - admitted she sometimes lets technology take over her and it can even stop her from sleeping.

She said: "If I think back before devices, I'm trying to think first, which came first, my bad sleeping habits or a device?

"I honestly think I used to sleep beautifully and I don't think I attributed to the fact that these phones came into our lives that have actually started to disrupt our sleep."

Jennifer also admitted she and Justin use meditation apps to relax.

Meanwhile, the actress' 'Friends' co-star Lisa, who played Phoebe, recently admitted she'd love a reunion but thinks it would be too hard to organise all their schedules.

She said: "It would be great [if it happened]. It would be a lot of fun. But even just from a logistical purpose, it would never work because everyone is on a totally, ridiculous work schedule, that's the opposite of someone else. It's even impossible for us to get together for dinner, it's really hard. It's six people, how easy it is for you to get six of your friends together?"