Jennifer Garner is 2019's 'Most Beautiful Woman' but she has admitted she never felt like the "pretty one" growing up. 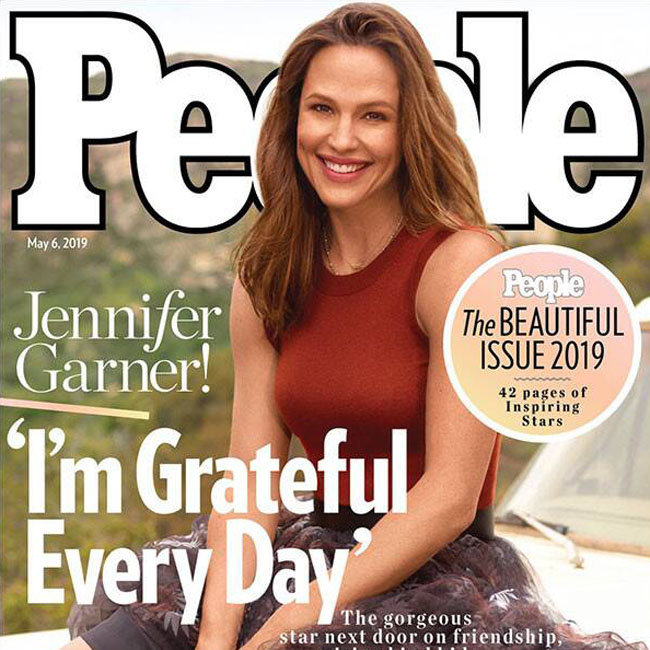 The '13 Going on 30' star graces the cover of the publication's 'Beautiful Issue' and, despite receiving the title - which was given to pop superstar Pink last year - Jennifer has admitted she didn't see herself as "attractive" growing up.

She said: "I was so not one of the pretty girls that I just bypassed insecurity and didn't see myself as attractive at all. It was not part of my life."

The 47-year-old actress - who has Violet, 13, and Seraphina, 10, and seven-year-old Samuel with ex-husband Ben Affleck - believes she has never felt insecure about her appearance because "looks weren't a big deal" at home.

She added: "I felt good about myself back then! That is the lucky trick.

"Looks weren't a big deal in my family. I don't think my parents ever said 'You're pretty' and so we just didn't think about it."

The 'Miracles from Heaven' star admitted that nothing is as beautiful than raising her children and that she is making the most of them while they are young and require her daily support.

She admitted: "I'm starting to get to the point where I realise this job is not going to be forever.

"Not in the all-encompassing every meal, every moment, every day way that I have loved for the last 13 years. It's going to shift. But there's beauty in how it works in episodes."

Jennifer might rock glamorous gowns on the red carpet, but when she is at home, her kids want to see her in her mom "uniform"; sweatpants and messy hair.

She said: "I'll feel like the best possible version of myself.

"They'll look at me and say, 'Can you wash your face? Can you put your hair in a ponytail and put your glasses and sweats on?'

"And I see the compliment in that. They just want me to look like mom."

Jennifer added that life is so hectic sometimes, that she doesn't always have time to grab a shower and change into her other casual outfit of jeans and a sweater.

"But sometimes the day just doesn't give you a break to shower and put on my other uniform, which is jeans, a sweater and sneakers."