Jennifer Hudson will sing 'Amazing Grace' at Aretha Franklin's funeral, and Stevie Wonder will do a rendition of 'The Lord's Prayer'.

Aretha Franklin lies in her casket at Charles H. Wright Museum of African American History during a public visitation in Detroit. (AP)

The 36-year-old singer - who is due to play the late Queen of Soul, who passed away earlier this month aged 76 from pancreatic cancer, in an upcoming biopic - at the late singing legend's memorial at the Greater Grace Temple in Detroit on Friday, which will feature some of the star's own songs and hymns.

According to TMZ, Faith Hill will sing 'What A Friend We Have In Jesus' at the funeral, Ariana Grande will perform 'Natural Woman', and Stevie Wonder will do a rendition of 'The Lord's Prayer' and his hit 'As'. 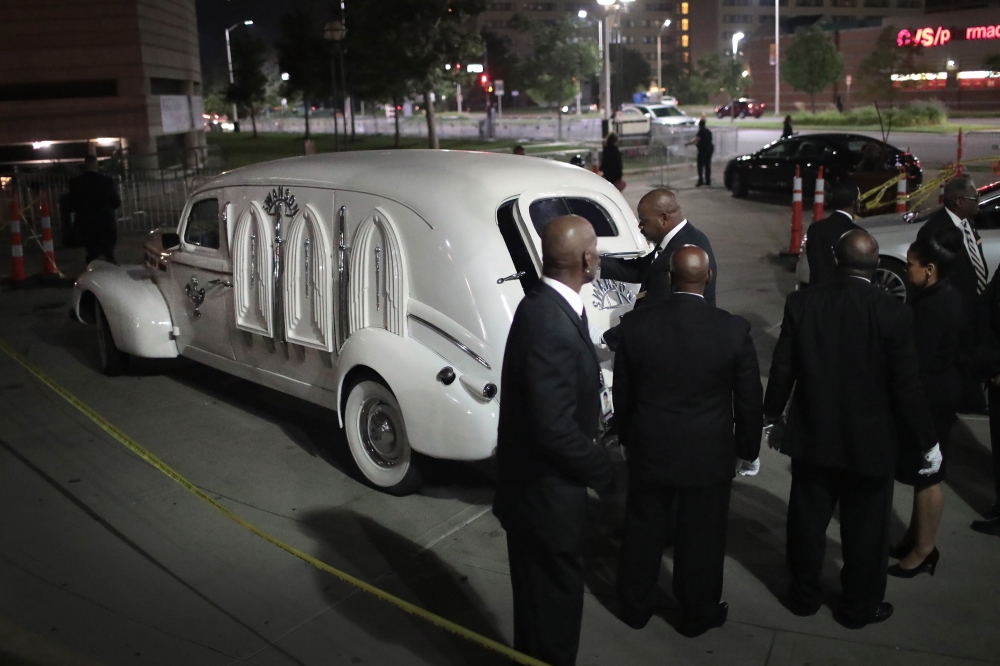 Following Aretha's passing, Jennifer paid a heartfelt tribute to Aretha, thanking her for "teaching me about your life".

She wrote on Instagram: "I have no words, so I will let the Queen say it ! But I will Say while teaching me about your life , u taught me so much about life and schooled me in mine. I will never forget those teachings (sic)"

Ariana was said to have been picked to perform at the wake after the late singer's family were touched by her performance of Aretha's hit '(You Make Me Feel Like) A Natural Woman' shortly after her passing two weeks ago.

The pop star said at the time: "I met her a few times. We sang at the White House and she was so sweet, she was so cute. It's an honour to have met her.

"She called me one time, one time only, and she goes 'Hi, it's Aretha,' and I'm like, 'Franklin?! I don't remember because it was Aretha Franklin on the phone and I didn't know what was happening.

"I was like: 'Oh my god, I'd be honoured to listen. Thank you for thinking of me. Just text me the MP3 or something.' And she was like, 'Well, I don't know how to do that so I'm just gonna send it to you.' And then like four months later I got a package with a CD. But it was nice. It was great."

Taylor Swift has also paid tribute to Aretha by holding a moment of silence in her memory at her concert in the late legend's hometown of Detroit, Michigan, on Tuesday.

"She was one of those people where no matter what you said, no matter what glowing positive thing you said about her, it would be an understatement. Words could never, ever describe how many things she did in her lifetime that made our world a better place. And this is her home.