Jennifer Lopez's dress was so big it needed its own seat 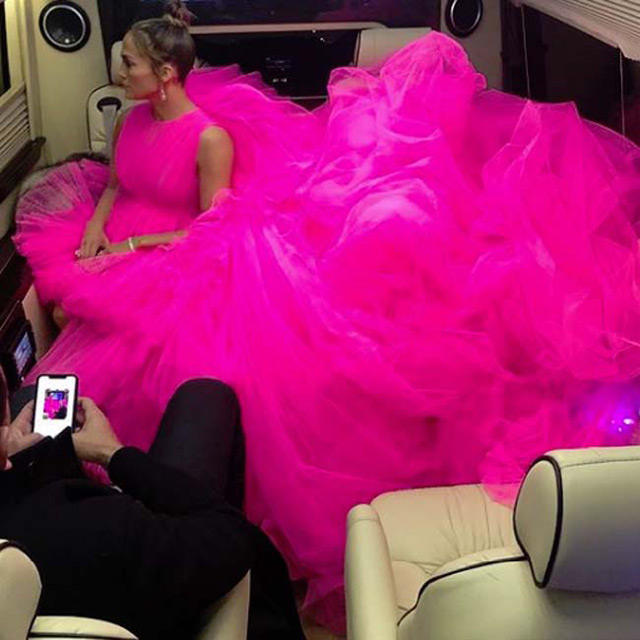 The 49-year-old singer and actress stunned at the premiere of her new film, 'Second Act', on Wednesday night in New York City in a Giambattista Valli couture dress which had a train so long it needed its own chair on the bus at the star travelled to the occasion.

The 'On The Floor' hitmaker stole the spotlight at the glitzy event thanks to her glamorous high-low bubblegum pink gown, which featured an empire waist a short dramatic tulle skirt followed by a massive fluffy train.

The 'Selena' star paired the lavish ensemble with a pair of sky-high metallic silver open-toe heels, as well as a pair of dew drop diamond earrings and a matching diamond bangle while she styled her brunette locks in a high tight bun.

The 'Get Right' singer later changed into a more subtle look as she arrived to the premiere's after-party alongside her boyfriend Alex Rodriguez wearing a sleek Elie Saab number. 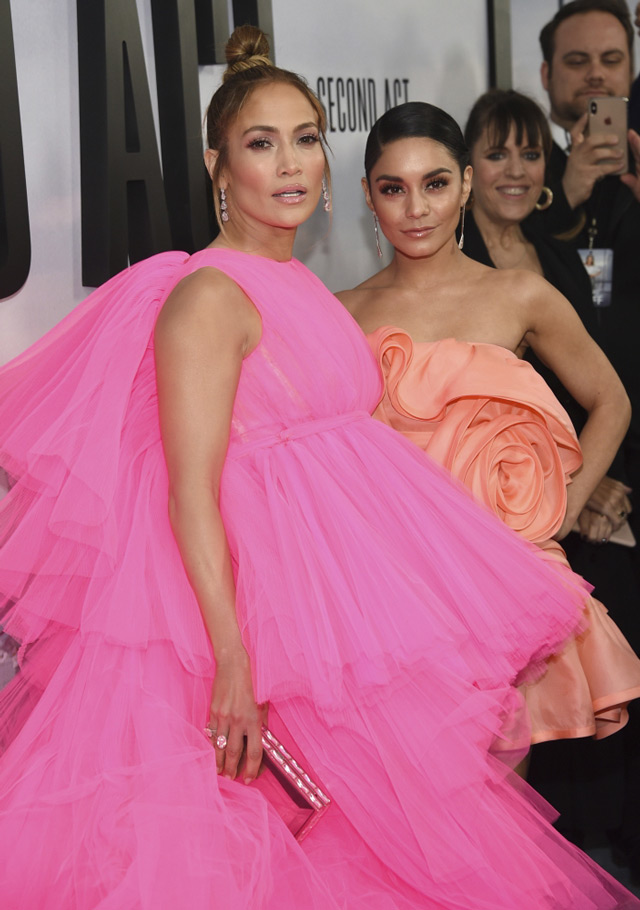 The star's second gown was a floor-length white dress with a plunging neckline and clinching waist and chunky matching belt, which she paired with white and perspex glittering stilettos and a grey and white fur coat with streaks of black fur running through.

The 'Maid in Manhattan' actress then decided to ditch the flashy party to grab a pizza - while still in her ball gown - with her boyfriend and her 'Second Act' co-star Leah Remini.

The upcoming American romantic comedy film follows Jennifer's character, a woman stuck in a low-paying job - who gets a chance to fulfill her dreams when a private finance firm mistakes her for an accomplished consultant.