In an interview to Pinkvilla, actress Kangana Ranaut and her elder sister Rangoli spoke about the horrific acid attack on Rangoli, which took place in 2006.

The sisters reveal what it took for them to get over that dark phase in their lives and they also have a message for all the ladies out there.

Here are excerpts from the interview:

Rangoli: Acid permeates into the skin if untreated. So immediate medical help can only control it. If it is stronger, it destroys your organs. I have lost one ear. I have lost 90% vision in one of my eyes. I have a dysfunctional breast. And all this is after I got the best possible treatment in the country.

Acid attack is not a regular accident. When it happened, I was unable to breathe because my windpipe was shrinking. Scars were the last thing on my mind then. I didn’t have the courage to face a mirror for three months. I was shaken up. My prerogative was struggling for my life because both my food and wind pipe were severely damaged.

Plastic surgery is not so easy. It doesn't give you a new face

I was in the hospital for a month and I underwent multiple surgeries during that time. Everyday I was taken to the operation theatre for something or the other. 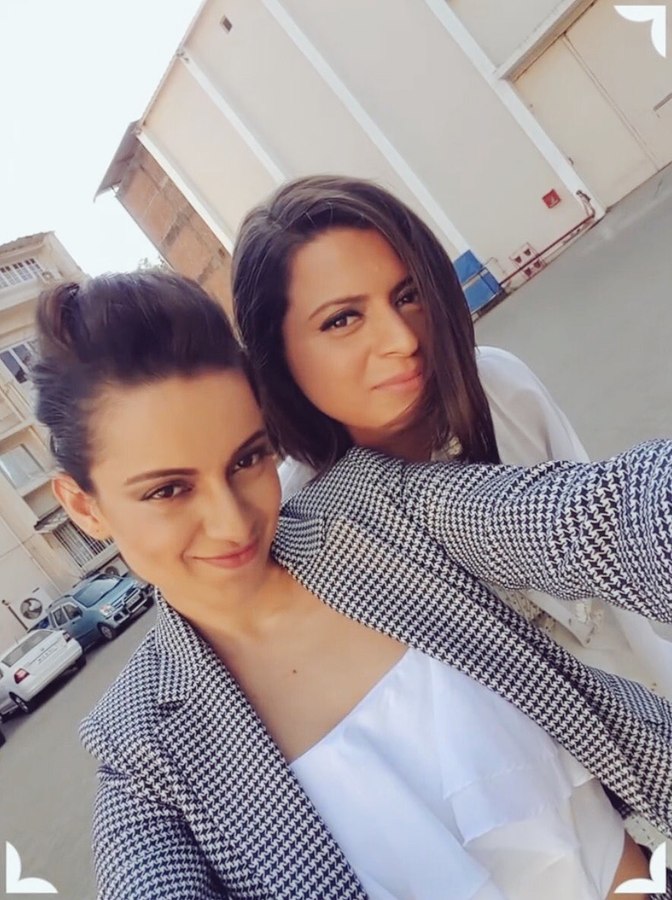 Kangana: I wanted her to come out and speak about this. Because when she was struggling, looking for hope, I didn't know whose example to show her.

We don't glorify the right heroes. And I want men to know how far people stoop in aggression. We need to tell our children that one who does such things is not our hero. Hero is the one who survives blame, rejection and ruthlessness. People should give my sister the credit she deserves.

There is no reservation for attack victims. There are reservations for physically able people but those ostracized for no fault of theirs have no one championing for their cause. The guy who did this to my sister was out for two years before his trial started. Our society should see what criminals are capable of and set an example that no one takes this route of destroying someone's life. Her life is not ruined but he is a scumbag and that should come across.

Rangoli: Plastic surgery is not so easy. It doesn't give you a new face. I had to get skin from thighs and get grafting done. It took 57 surgeries. The physical pain was excruciating and at 23 the mental trauma was painful. Kangana was a struggler back then but she brought me here. My parents couldn't bear to look at me in that scene then.

Kangana: Every time my mother and father would see her, they would faint. Physically faint. And I couldn’t take care of so many people. So I had to send them back. Her fiancé was in the Air Force, and even he fled. The attacker was someone who was obsessing over her.

Kangana: Everyone goes through s**t and that's not in anyone's control. No one wants to talk about it. We glorify fairytale angels far too much. I don't think mine or Rangoli's life is any different than that of others. To give the impression that I was born a special child and over the years, I became more special is the most clichéd way of portraying a celebrity.

We are real women who have worked hard, fought our battles and won! Life cannot be a joyride, it will be a rollercoaster ride. Any incident or accident can’t define you. Go beyond it and be much more.

Rangoli: People would keep staring at my scar and say arey kya durghatna ho gayi. Ab ho gayi, toh ho gayi (oh! What tragedy has occured, life is now over for her) ... aage badho yaar (move on in life). Even women have to stop being stuck on what happens to them. People should move on!