The 29-year-old author - the eldest child of Hollywood legend Arnold Schwarzenegger and broadcast journalist Maria Shriver - took to social media to pay tribute to the 'Jurassic World' star as he reached the milestone age of 40 on Friday, and admitted she is "blessed" to get to share a "magical life" with the hunky actor.

Alongside a collage of the pair, Katherine wrote on Instagram "Happy birthday to my darling angel face! So beyond blessed to laugh with you, love you, go on adventures with you, kiss you and live this magical life with you. You make life joy filled! I love you so much! Happy happy! (sic)" 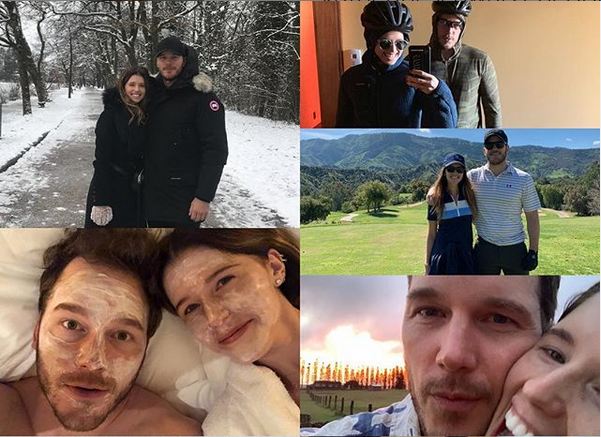 Insiders recently claimed the loved-up couple are already thinking about having children.

A source said: "He was very clear with his intentions from the start, and she has never felt so loved and safe. They both feel so blessed to have found each other, and they can't wait to expand their family as soon as possible."

The 34-year-old actress - who is in a relationship with Jeff Baena - played Chris' on-screen wife in the NBC sitcom 'Parks and Recreation', and has nothing but kind words for her 39-year-old pal after he tied the knot with Katherine earlier this month.

Aubrey says there's many similarities between Chris and his character Andy Dwyer, whom she believes was the "best husband", and so she's sure Chris will be a great spouse to Katherine too.

She told People magazine: "Well, I mean, Andy Dwyer was the best husband that anyone could ask for. I think Chris Pratt ... I think there's a lot of similarities between Andy and Chris Pratt just as there are with me and April Ludgate.

"So, my bet is that he's gonna be the most fun husband ever and I think that girl is a lucky, lucky, lucky gal. Yeah, it's a jackpot."

Aubrey and Chris' characters married in the third season of the sitcom, and were fan favourites with April's pessimistic and sarcastic outlook contrasting Andy's lovable goofball persona.

Chris was previously married to Anna Faris - with whom he has six-year-old son Jack - from 2009 to 2018, but tied the knot with Katherine on June 8 after having proposed in January.