Katie Price's son Harvey has revealed he hates her home and would prefer to stay at her fiance Kris Boyson's place because it has bunk beds. 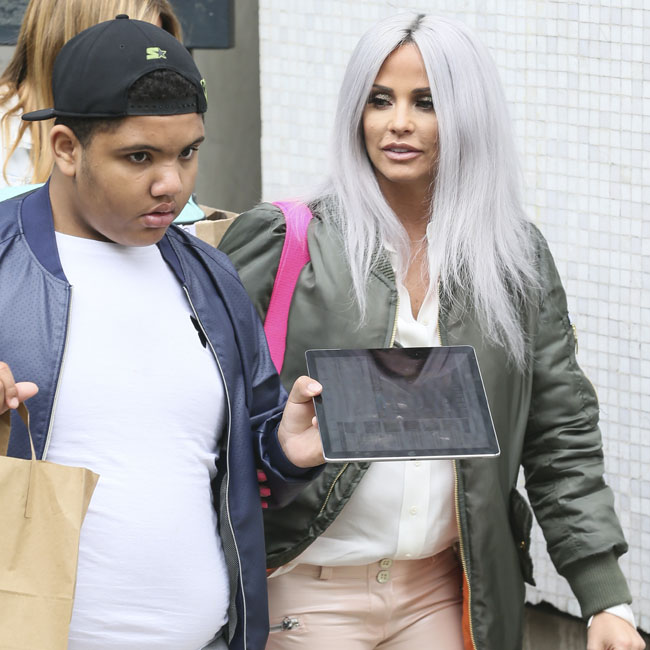 In an upcoming episode of 'Katie Price: My Crazy Life', viewers will see Harvey, 17, who is partially blind, autistic and has Prader-Willi syndrome, tell his mother that he is not a fan of her Horsham, West Sussex, mansion and he wants to spend his weekends at her fiancé Kris Boyson's home in Kent instead.

In scenes from the show, Katie, 41, explains: "Now when he comes home [from residential care], he hates Horsham, so for now, we are just going to have to spend the weekend at Kris's."

She asks Harvey, "What do you hate about the Horsham home?" and he responds: "The front door, the downstairs bedroom...Junior's room... the playroom."

When Katie asks Harvey if there is anything she can do to make him like the home, he says: "No thank-you."

And when questioned on where he would like to stay when he's not in residential care, Harvey tells his mother: "At Kent is the best. I want to stay in the bunk bed at Kris'."

Before Harvey moved into residential care, Katie admitted she was considering selling the 11-bedroom Horsham mansion because four of her kids spend half their time with their dads.

She said: "I am re-evaluating my life and changing things for the good. I don't need an 11-bedroom house, I have the kids half and half, and the other half I'm just with Harvey and he goes to bed at 7.30pm so I am in this house in the country on my own and I feel vulnerable. I just want a five or six bedroom house, new, everything done so I don't have to worry about getting anything done."