La Toya Jackson has said she will "always love" her late father Joe Jackson, after the talent manager passed away this week at the age of 89. 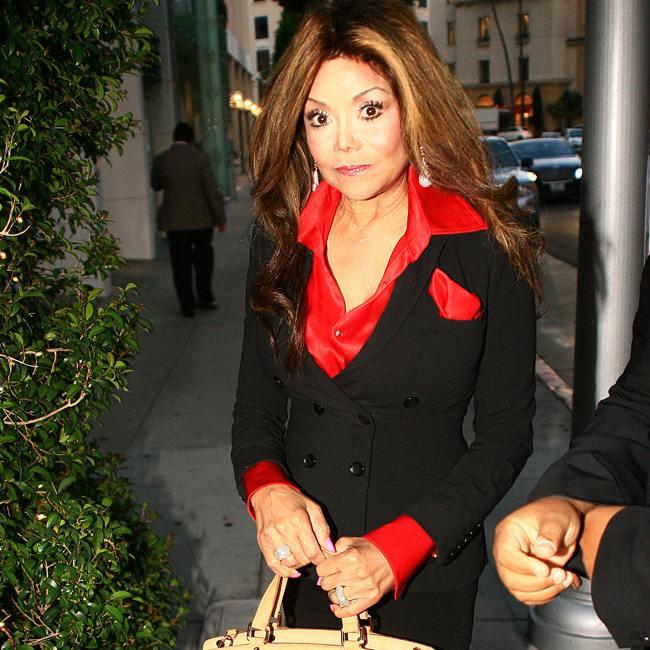 The 62-year-old singer has expressed her sadness at the passing of the Jackson family patriarch, after he died at 3.30am on Wednesday at the age of 89 following a battle with cancer.

On Twitter, La Toya - who has been the first of the Jackson family to speak out on Joe's passing - wrote: "I will always love you! You gave us strength, you made us one of the most famous families in the world. I am extremely appreciative of that, I will never forget our moments together and how you told me how much you cared. #RIP Joe Jackson (sic)"

Following La Toya's tweet, Randall Jackson Jr. - the son of Joe's son Randy Jackson - also took to social media to post an old black-and-white photo of his grandfather standing next to a framed copy of late son Michael Jackson's 1979 album, 'Off the Wall'.

He captioned the image: "RIP to the king that made everything possible!!! I love you grandpa," with two black heart emojis.

And another of Joe's grandchildren, Taj Jackson - whose father is Tito Jackson - posted a message thanking fans for their support.

He tweeted: "We feel all the love and support from you guys and are extremely thankful (sic)"

However, Taj took to Twitter again to slam trolls who had criticised Joe in the wake of his passing.

Taj wrote: "Disgusted by some of the comments I'm reading about my grandpa Joe by those who didn't even know him. Joe was loved by our ENTIRE family and our hearts are in pain. Let us grieve without the nastiness. #ripthehawk (sic)"

The retired talent manager - who is best known for handling the careers of his kids - had been in hospital for some time, with his wife Katherine and some of his children and grandchildren by his side, and his passing was not unexpected as it was revealed hours before his death that he was "too weak" to even return to his Las Vegas home to live out his final days.

A source said: "He had planned to go to his home in Vegas to live out his final days, but that has not happened. Joe is very weak and getting significantly weaker. It's now a waiting game, and the end could come at any time."