Leonardo DiCaprio thinks his fame is "fleeting", and he says he still has the same "attitude" toward his success as he did when he first walked on to a movie set. 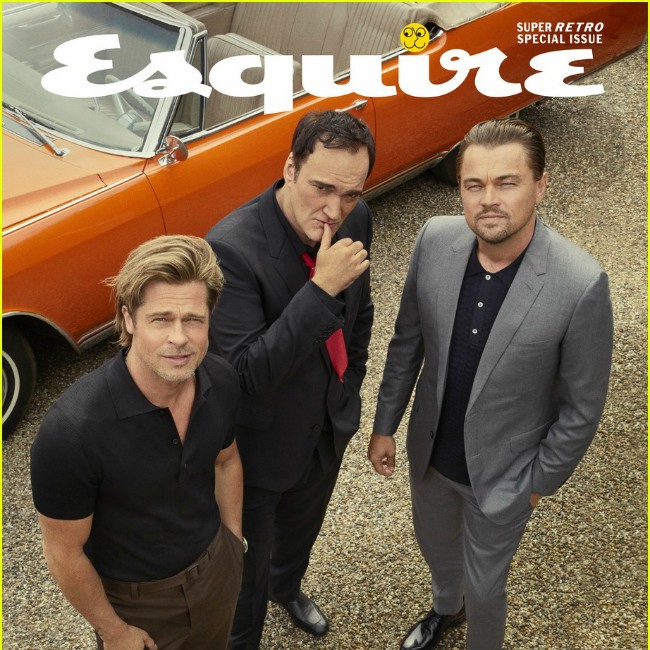 The 44-year-old actor is one of Hollywood's biggest names, but has said he still has the same "attitude" toward his success as he did when he first walked on to a movie set, because he knows his time in the spotlight won't last forever.

Speaking to Esquire magazine's Summer 2019 in a joint interview with 'Once Upon a Time in Hollywood' co-star Brad Pitt, and director Quentin Tarantino, Leonardo said: "My attitude is the same as when I started. When I talk to these two guys, it's like, we know we were given that one shot and we do not want to disrespect that opportunity, which is why we're just trying the damn best we can to make the best things we can. Because we understand that it is fleeting. Tastes change; culture changes. And I feel very blessed to have gotten that ticket to be able to do movies. So I feel very connected to that fifteen-year-old kid who got his first movie. And that hasn't changed."

Leonardo also spoke about his friendship with co-star Brad, 55, which he says "clicked" into place through filming the upcoming movie - which is set for release in August - especially during key scenes of ad-lib.

He said: "In a weird way, when we were doing the movie, my relationship with Brad clicked. It was very early on where he improvised a line and it changed everything. In the scene, as it was written, I'm coming to set hungover. And I am basically getting my fate handed to me, discovering what my future is going to be in this industry. And I'm really down. And in the scene, Brad ad-libs; he just comes out with this line, he looks at me and says, 'Hey, you're Rick f***ing Dalton. Don't you forget that.'"