Bollywood is taking a cue from Hollywood on all their big productions. Unlike in earlier days where they used to jump in to cast actors the moment dates were available so that the film can be shot. 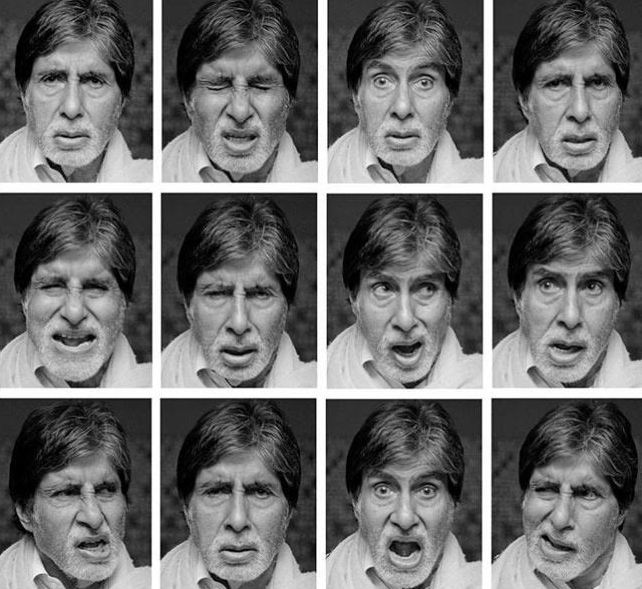 Even though Late Sridevi and Sanjay Dutt were cast in Kalank (earlier titled Shuddhi), Madhuri replaced the deceased actress in the film. But then she had to undergo a look test even after the film was announced, “Arrived at the sets of #Kalank with @karanjohar for the look test. The sets are breathtaking.!!” Was has tweet.

Earlier this year, even Amitabh Bachchan underwent a look test. Bachchan had 12 different facial expressions for his look test for his new film.

“Prepping and doing look tests for my next film. It’s a multi-starrer. Err sorry, it’s a multi-faced entertaining high-octane drama extended by hilarious comedic interludes that ride the most bizarre riddles of music,” he added. Incidentally Bachchan also had a look test for Karan Johar’s Brahmastra as well along with co -actor Ranbir Kapoor. Ranbir interestingly had to undergo multiple look tests for his upcoming biopic on Sanjay Dutt.

“The entire team of YRF’s Thugs of Hindostan including Mr Bachchan, Aamir Khan, Katrina Kaif and Fatima Sana Shaikha also had to give look tests. When it comes to period films or even fantasy films, the look becomes very essential. So different looks are tried and the best one used,” says a trade source.

The difference however is that look tests happen in Hollywood before the actors are cast.

Interestingly Aamir Khan was the first actor to pay importance to all his characters, paying minute attention to detail. During Dangal, Aamir Khan’s weight was at a phenomenal 95 kilograms now.

“My character in the film is 55 years old. That is how I look in most of the film. There is a flash back sequence for which I will need to lose 35 kilograms and get back to 60 kilos when I play a wrestler myself. Since I am an ex wrestler, I need to look huge,” Aamir had said.

Be it the handlebar moustache for the Ketan Mehta film Mangal Pandey or chopping his hair and chiselling out an eight-pack for Ghajini or sporting a different crop and facial hair for Dil Chahta Hai, Aamir is known to test himself to play the character to the best. And for playing a collegian in 3 Idiots, the actor went ahead and lost his beefed-up Ghajini and put on 8 kg.