The Duchess of Sussex joined her husband at the annual Trooping the Colour ceremony, in her only official royal engagement since she gave birth to their son Archie in early May.

The occasion sees Britain's most prestigious regiments stage a centuries-old spectacle of military pomp and pageantry.

Over 1400 parading soldiers, almost 300 horses and 400 musicians took part in the event.

Meghan has been on maternity leave for the past four weeks after giving birth to Archie at a private hospital in London in the early hours of May 6.

The 37-year-old emerged, relaxed and smiling, back into the public spotlight on Saturday in a navy blue outfit featuring a matching hat.

She accompanied Harry, Prince Charles's wife Camilla and Prince William's wife Kate on a coach ride through central London, before appearing alongside the Queen and other royals on a Buckingham Palace balcony. 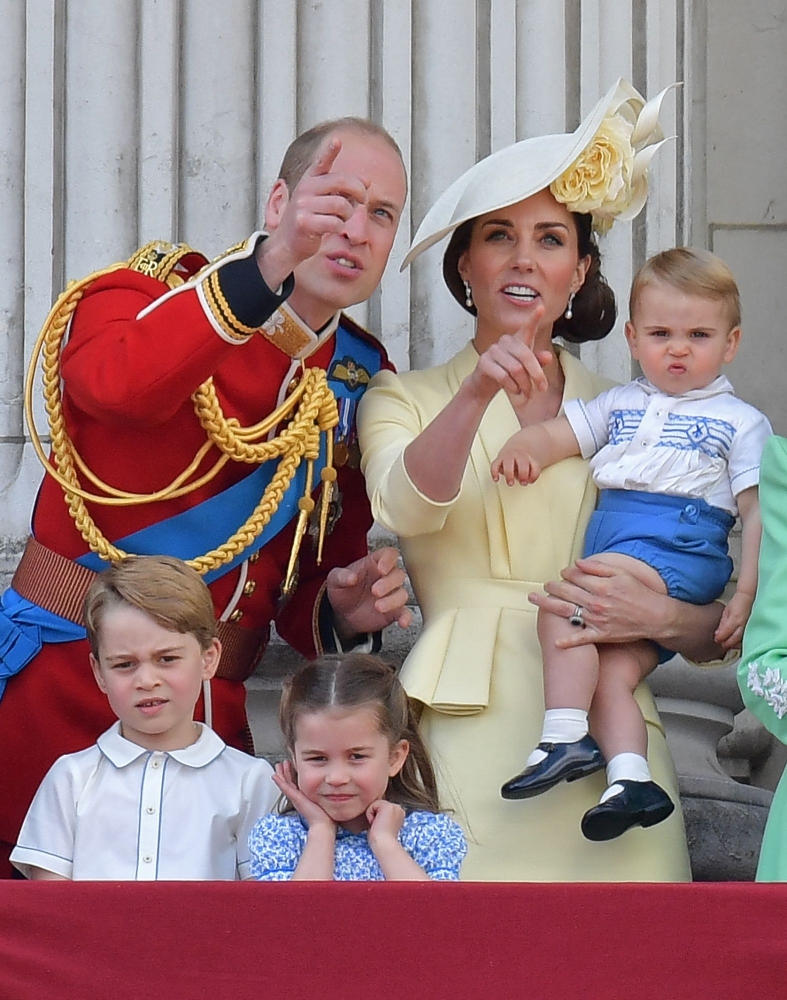 One-year-old Prince Louis, William and Kate's second son, made his first appearance at the annual event.

The entire entourage watched from the balcony as the Royal Air Force's Red Arrows aerobatic team performed a flypast over the central London ceremony.