Most Hollywood red carpets are exhausting and repetitive. But on Monday night, the Met Gala proved some of the biggest stars on the planet weren't afraid to take some severe - and silly - fashion risks in the name of having fun.

The theme for this year's event, hosted by Vogue editor Anna Wintour, was "camp," which to be fair, most celebrities who attended the charity dinner interpreted broadly. But that didn't really matter. At what other industry event (certainly not the Oscars or the Golden Globes) could you see, in a single evening, Katy Perry wearing a chandelier from "Beauty and the Beast" and Zendaya donning a Cinderella dress that glowed in the dark?

It was like Disneyland's Main Street Electrical Parade had invaded the pages of Vogue. And, for the most part, the sights on display for three hours on a pink carpet on Manhattan's Upper East Side were thrilling, sometimes horrifying, but never boring. Here are the biggest secrets and surprises from this year's event.

1. Lady Gaga Won the Met with An Interpretative Dance and Four Costume Changes 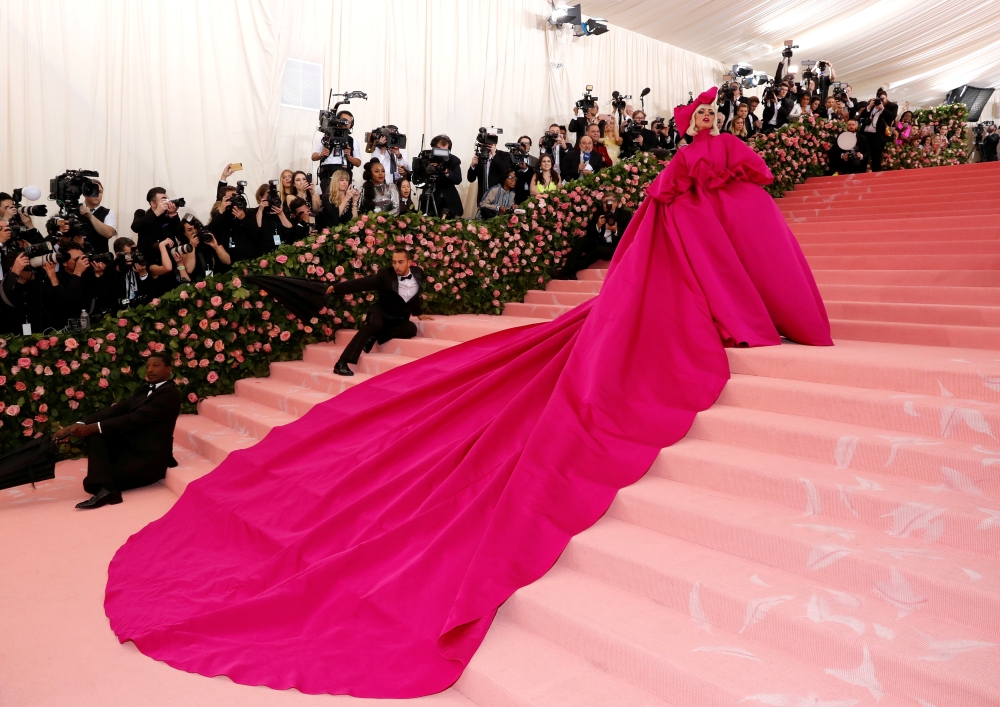 Usually, the best looks at the Gala arrive late into the evening, but not this year. No sooner had Wintour stepped off the carpet at around 5:30 p.m., that the streets of Manhattan erupted with cheers. One day soon, Twitter will dissect the deeper meaning behind Gaga's 20 minutes of choreography. But standing on the sidelines of the Met, it was like being at a concert, as Gaga peeled off one magnificent gown (pink) for another (black) for a third (red) with a plastic telephone as her prop, before crawling up and down the steps of the museum in a bra and fishnet stockings.

Was it camp? Who knows, but it was a glorious performance. Even Wintour, who usually quickly disappears inside, couldn't resist lurking at the top of the steps for the entire charade. When asked by a journalist how anyone else could compete, she yelled back: "They can't!"

2. The Award for Biggest Entourage Goes to ... 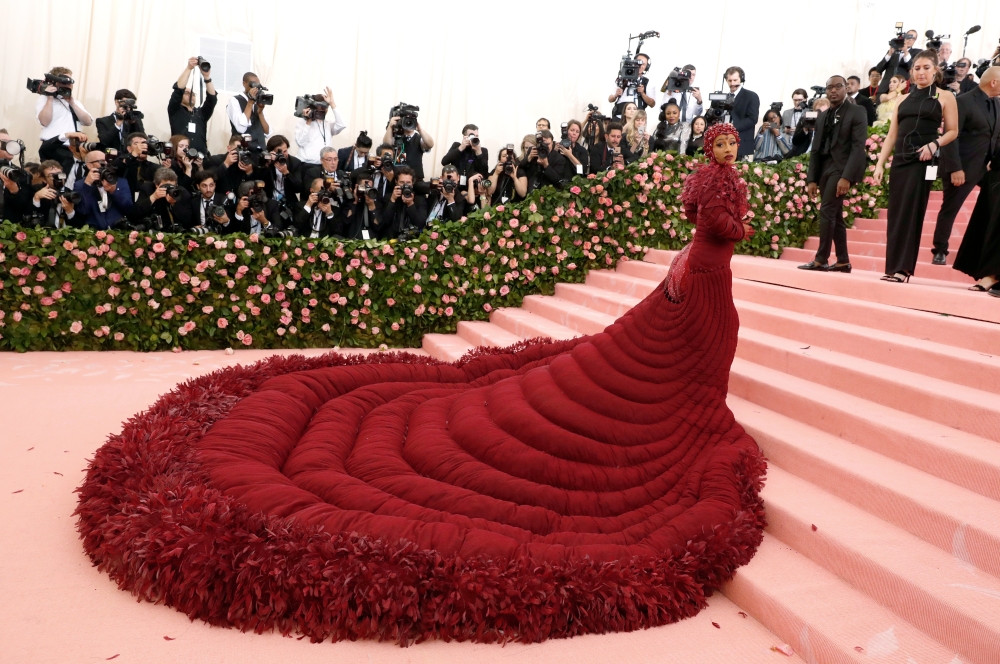 Cardi B required the help of eight different people to carry her blood-red dress.

3. What Happens If You Don't Speak Camp?

Celine Dion (who stunned in a gown from the closet of "Fosse/Verdon") admitted that she initially thought the theme referred to camping. And indeed, not everybody was in on the joke. A few celebrities looked like they were wearing leftover frocks from the People's Choice Awards. Frank Ocean wore a plain Prada poncho as he (in a campy gesture) took photos of the photographers shooting pictures of him. Mayor Michael Bloomberg also went with a safe, classic tuxedo. "You have to work with what God gave us," he said, about not embracing a splashier look.

4. Kris Jenner is a Devoted Mom

Jenner showed up early on the carpet, with the first batch of celebrities. But when Hollywood's favorite reality TV mom got to the top of the stairs, she waited and waited ... and waited. More than an hour went by, as she made small talk with random designers and even welcomed Michael B. Jordan with a kiss on the cheek. Finally, it became clear what she looking for. As soon as Kim Kardashian made her way up the Met staircase, Jenner took out her phone and started recording.

5. Keeping Up With the Kardashian-Wests

Remember when it was controversial for the fashionistas to celebrate America's No. 1 reality TV family? Those days are history. In fact, the Kardashians - Kim (in brown latex), Kendall Jenner (orange feathers) and Kylie (a purple dress with a boa) - treated the Met Gala like it was their own Cannes Film Festival red carpet. After the three daughters made it to the top, joined by mom Kris (and with Kayne by Kim's side), they turned around and walked down the stairs and then walked back up them as a family. No movie star or singer could compete.

"I'm retiring the word 'lit' tonight," the singer confessed, as she slowly wobbled up the carpet in a gown that resembled a chandelier, fitted with lightbulbs.

Jennifer Lopez clutched A-Rod's hand as she made her way up the stairs. Kanye West lovingly kept a hand on Kim's back as she talked to press. Nick Jonas and Priyanka Chopra did a few interviews together. And fresh from a secret wedding ceremony in Morocco last week, Idris Elba and Sabrina Dhowre beamed as they accepted congratulations.

Being the last to arrive at the Met Gala is always a power play move. Just ask Madonna. This year, that honor went to Nicki Minaj. At around 9 p.m., the Queen Bee rapper was still slowly chatting with reporters as the carpet closed down, proving - in case you had any doubts - that she had the stamina to outlast everyone else on New York's biggest night for fashion.