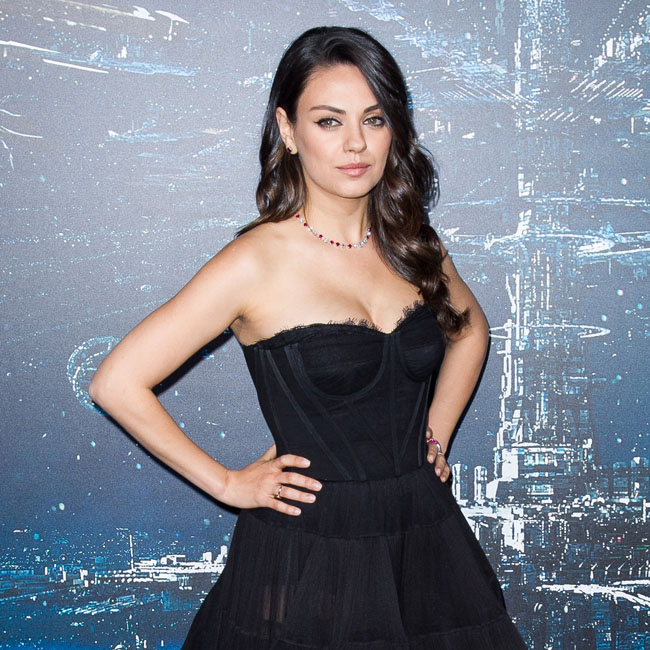 The 34-year-old actress has been married to Ashton Kutcher - with whom she has three-year-old daughter Wyatt and 16-month-old son Dimitri - since 2015, and has heaped the praise on her spouse, saying she is "lucky" to have found him.

Speaking to E! News, she said: "I have the world's greatest husband. I swear, I got very lucky, man. I got a man that has got a lot of patience and is incredibly supportive of our family."

Despite only marrying three years ago, Mila and 40-year-old Ashton have known each other since the late 90s, when they starred together on 'That 70s Show'.

They began dating in 2012, three years before tying the knot, when 'Jobs' actor Ashton was undergoing a divorce from first wife Demi Moore, whom he married in 2005.

Mila's comments come after she previously gushed over her brood, saying she and Ashton are "grateful" to have two tots of their own, as they were desperate to start a family.

She said in November: "I have an 11-month-old and a three-year-old - I have tiny little humans. Ashton and I wanted kids so bad; we were so ready to be parents.

"We were able to have this little family the way we wanted, and I'm so grateful for it and it's the one thing that I can't control.

Previously, the 'Black Swan' star also credited Ashton with helping her learn about the "business side" of their shared profession.

She said: "Honestly, full disclosure, when I started dating Ashton, I was like, 'I don't want to know [about the] business side, it makes me so uncomfortable.' And he said, 'Right, stop, get on the call.'

"I've been in the industry 25 years and only five years ago I started. Think about that, perspective-wise."