Priyanka Chopra and Nick Jonas who sent to Goa and then attended the engagement of the son of India’s biggest business family the Ambanis -, has called her rumoured beau one of her "favourite men".

A few days ago, PC and Nick were twinning with commitment rings on their fingers.

Meanwhile PC also shared a photograph as a part of her Instagram story, where Nick and her brother, Siddharth are standing with their backs to PC as she shot a picture of them looking at the beach. 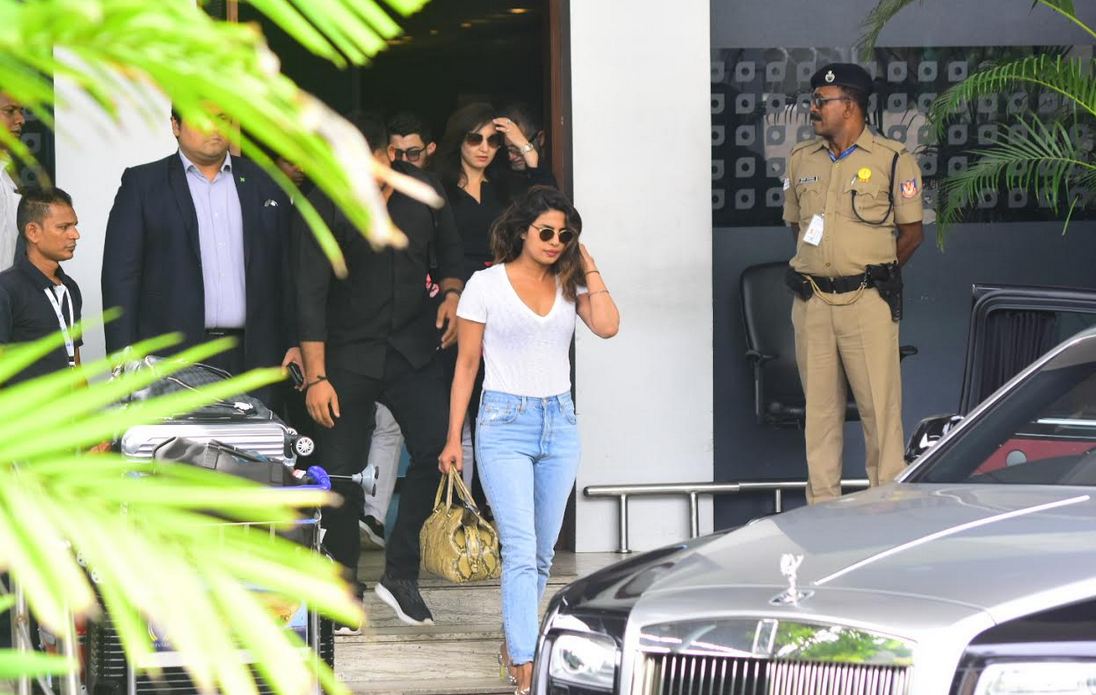 The Quantico actress captioned the post: "My favourite men".

Not long ago, Nick at 25 – ten years younger than Priyanka also shared a video on his Instagram story in which Chopra was walking towards him while dancing and captioned the clip: "Her".

PC brought the singer to meet her family and friends after spending a lot of time together after they were first spotted on a yacht on Memorial Day weekend. They first met when they posed for photos on the red carpet together in Ralph Lauren designs at the 2017 Met Gala.  PC also attended a family do with Nick.

Rumours are that PC and Nick may make it official in a month’s time from now.