Kaur has pretty much nailed the role playing the plotting ISI officer. 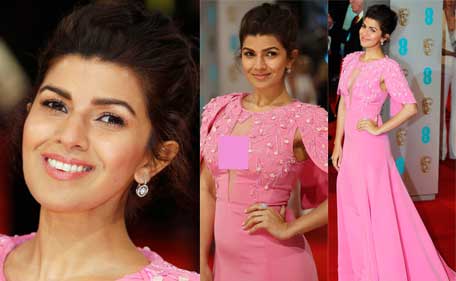 Nimrat made her Hollywood debut in the multiple Emmy and Golden Globe-winning television show and 'Homeland' was only her second acting project.

We have heard of many Indian and Pakistani actors making their presence felt in Hollywood in their own small measures.

'Quantico' revolves around a group of young FBI recruits, all with specific reasons for joining, who battle their way through training at the Quantico base in Virginia. One will launch a devastating terrorist attack on the US.

Chopra will play Alex Weaver, a brilliant but haunted FBI trainee whose past boils to the surface soon after her arrival at Quantico.

The 32-year-old signed a one-year TV deal with the US-based studio in December 2014.

Ambitious Priyanka Chopra had set her eyes on launching a musical career in US.

Her first single, 'In My City', debuted in the US on 13 September 2012 in a TV spot for the NFL Network's Thursday Night Football, and the second single 'Exotic' featured American rapper Pitbull went on to become a hit.

Priyanka also had her eyes set on Hollywood and lent her voice to the character of Ishani, in Disney 's film 'Planes'.

It remains to be seen what other international projects Chopra is focusing on.

Aishwarya Rai Bachchan is perhaps the first Indian actress and Bollywood celebrity to act in a Hollywood film.

Aishwarya was paired opposite comedian Steve Martin in 'The Pink Panther 2'.

She has also acted in 'Bride and Prejudice', 'Mistress of Spices', 'Provoked' and 'The Last Legion'.

Ash is an international face and has been the brand ambassador for L'OREAL.