Prince Louis is to have as many as six godparents, all of whom are friends or family of the Duke and Duchess of Cambridge. 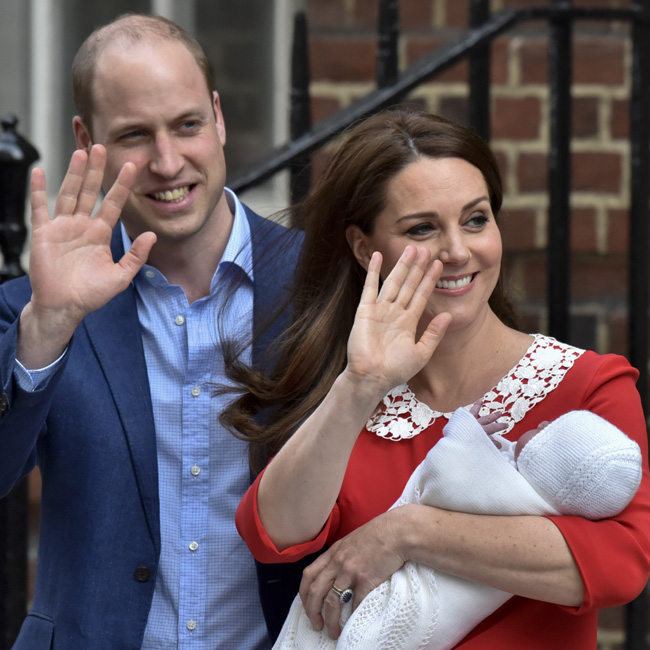 The 11-week-old royal is set to be christened at St James' Palace at 4pm on Monday and ahead of the service, the names of Prince Louis' godparents - all of whom are friends or family of Their Royal Highnesses - have been revealed.

Another well-known name to appear on the list of godparents includes Guy Pelly, who is the owner of the London nightclub Tonteria.

Elsewhere, Sophie Carter - who already acts as a godmother for three-year-old Princess Charlotte - is among the list, and so is Lucy Middleton, a cousin of the Duchess.

All six godparents are set to attend Prince Louis' christening, which is being held at the Chapel Royal in the grounds of St James' Palace.

The private ceremony is expected to last around 40 minutes, but the Queen and the Duke of Edinburgh will not be among the attendees.

Buckingham Palace has confirmed the news, saying the decision was taken "some time ago".

The Palace has insisted their absence is not due to health reasons.

However, other prominent members of the royal family will be at the baptism, including the Prince of Wales and the Duchess of Cornwall, as well as the Duke and Duchess of Sussex.

The Duchess of Cambridge - who also has four-year-old son Prince George - will be supported by her father Michael Middleton, as well as her pregnant sister Pippa and her husband James Matthews.

The baptism is to be conducted by the Archbishop of Canterbury, the Most Reverend Justin Welby.