Prince Louis was handed a pair of signed trainers by former tennis champion Stan Smith at Wimbledon on Sunday.

The Duchess of Cambridge was seen being handed the special gift for her 14-month-old son as she and husband Prince William watched the Men's finals from the Royal Box on Sunday.

Former world champion Stan, 72, passed a single trainer, which had "To Louis" emblazoned across the side and his signature on it, to Duchess Catherine and an Adidas box with the other shoe.

Louis will now be the envy of his older sibling Prince George, five, who had a tennis lesson from Roger Federer.

The Duke and Duchess' eldest child received a private session from the 37-year-old Swiss pro, who is his "favourite player", after his match earlier this month.

Federer - who has four children of his own - said of the young royal's skills: "At that stage it's all about just touch the ball, it's already good.

"Same with my boys. I think I have a little advantage that I actually spent some time, you know, with him. 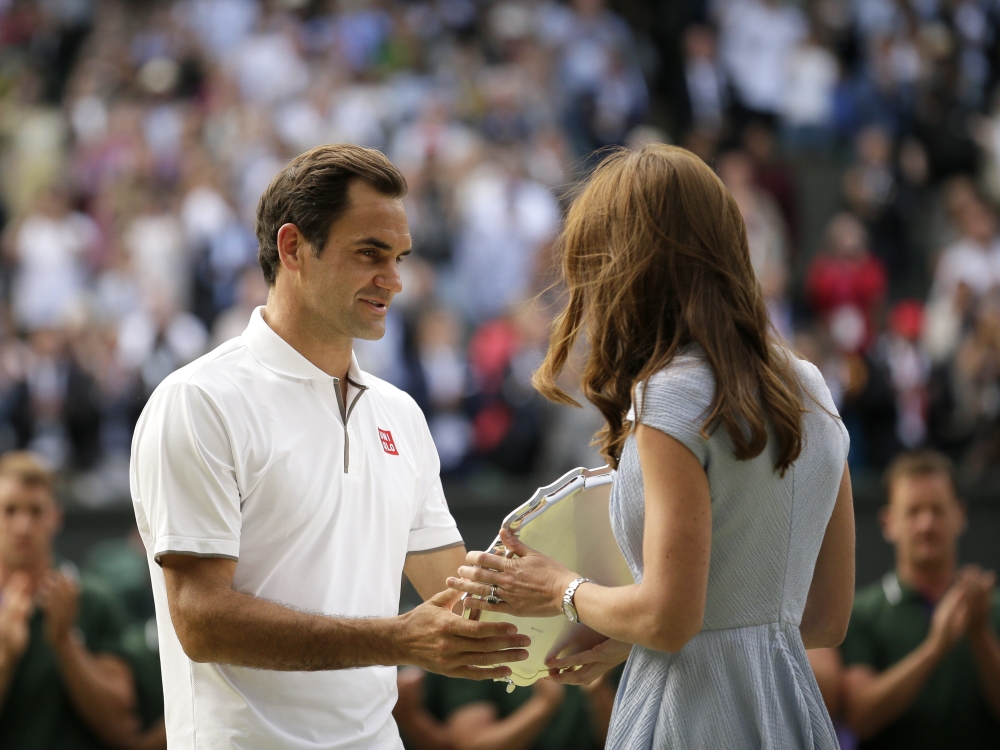 "I'm the only player he's ever met.

"Then you have a little head start in who is your favourite player."

And he hopes he will keep up the court sport.

He added: "I love to see that they're into tennis or into sports ... his mum has always enjoyed their tennis ... I hope that he'll still say the same in a few years' time."

The Duke of Cambridge previously revealed he wants his children to get into sports.

The 37-year-old royal - who also has Princess Charlotte, four, with his wife - said he was keen for his kids to take up sports after they started to try their hand at tennis and football.

When asked by Wimbledon winner Novak Djokovic how his children were last summer, he said: "Very well, thanks, very well. Trying to get a tennis racket in their hand - and a football!"