Father-of-three Prince William has confessed he knows all about the "fear" of fatherhood and the nerves he felt about having newborn babies around.

The 36-year-old royal - who has Prince George, five, Princess Charlotte, three, and Prince Louis, nine months, with his wife Duchess Catherine - openly discussed the struggles of becoming a dad and the "fears" of having a newborn baby around.

During a visit to a 'Future Dads' session, which helps to provide practical guidance and advice for fathers-to-be, he said: "The fear of having a newborn baby, that's very vulnerable and that's what you spend most of your time worrying about, thinking what do I do? And that's the thing isn't it? It's very daunting of how tiny they are when they first arrive. They are so fragile and everything's so tiny, their little fingers and toes, you do feel like if you move them around too much they're going to break almost but they don't!"

The Duke of Cambridge met with Rick Karadia-Hudson, who was attending the sessions ahead of the arrival of his first child in May, and Prince William drew on his own experience and quipped that it only got more hectic the older the child got.

When Rick said "they move about so much", the Prince joked back: "Wait 'til they're nine months, then they're off. You've got one leg and one arm!" 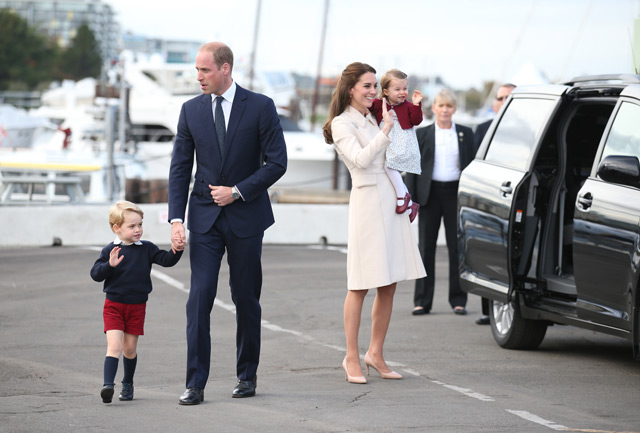 Meanwhile, Duchess Catherine had previously admitted her husband had struggled with fatherhood as she spoke to single father Billy during a visit to Hornsey Road Children's Centre in north London.

Speaking about their meeting, Billy said: "She said he did not know exactly what to do ... She was saying William was sort of similar and I just wanted to let her know how Family Action have been there for me and I think they need more support."

Duchess Catherine was "very naive" about the importance of the early years when she first became a parent.

The 37-year-old royal - who has children Prince George, five, Princess Charlotte, three, and 10-month-old Prince Louis with husband Prince William - has grown to appreciate how "important" the early years are for shaping children's futures.

Catherine met with a small group of professionals at a Mental Health in Education conference in London on Wednesday to discuss the impact of consistent mental health training for teachers and the challenges of implementing it. 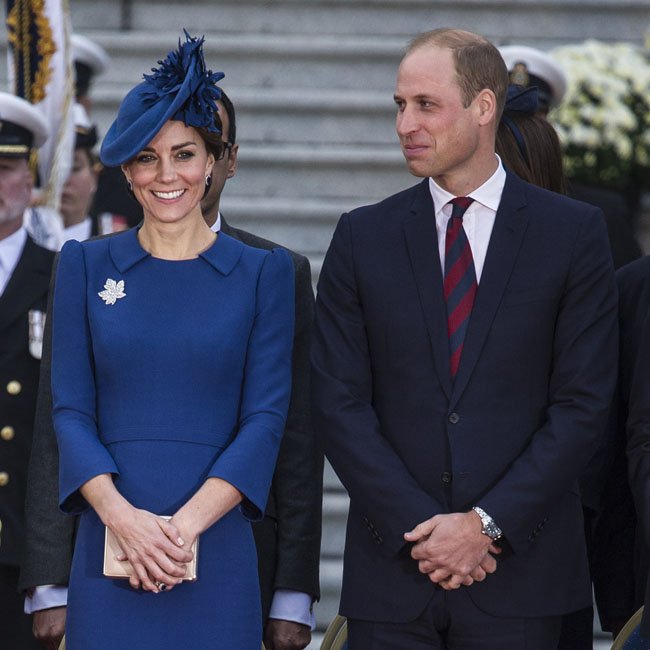 She told the group: "When I first started out - and I've learned a lot in a short period of time working with organisations - I was very naive myself as a parent of really just how important particularly the early years are for children's futures.

"And how critical it is, everyone looking after children at a critical time, teachers, parents, and everyone who's caring for them, how important it is that we get it right.

"I didn't know what some of the issues that perhaps we take for granted here as experts know about, but it's being able to translate it to those who don't have the training in a way that the points come across clearly."

Catherine was keen to find out if teachers were currently trained to monitor the mental health of their young people and admitted she felt many aspects of "child development" should also be supported at home.

She said: "I know from a parent's perspective it's certainly not discussed, the importance of childhood development, and I know that's a different challenge. But also the importance of relationship building, empathy and resilience can also be taught and monitored at home as well."

Shortly before she was due to leave, Catherine gathered her notes and made an "impromptu speech" about the importance of the early intervention of problems in young people's lives.

She said: "I wasn't planning on making a speech, but I wanted to say a few words on reflection.

"Over the last eight years, working with charities I've met some of our leading experts in mental health, addiction, family breakdown, homelessness and education.

"They have taught me over and over again that the root cause of so many of today's social problems can be traced right back to the very earliest years of a person's life and often over generations.

"What we have all been discussing here today really brings to light the vital role teachers are playing in supporting our youngest children's mental health.

"No one of us, however, can make a difference alone.

"I feel so passionately about working together and being here today has affirmed to me just how much already is being done, so thank you to all of you who are prioritising the importance of mental health and the importance of childhood development as a whole.

"I look forward to hearing how your discussions will lead to proactive steps and to an evermore resounding commitment to mentally healthy schools, teachers and children."