Priyanka Chopra "can't wait" to see Sophie Turner marry Joe Jonas, so they can be sisters-in-law.

The 36-year-old actress recently tied the knot with singer Nick Jonas, and in a post dedicated to the 'Game of Thrones' star for her 23rd birthday on Thursday, she gushed over her future sister-in-law, saying she couldn't wait to see "as a bride" when she marries fiancé Joe.

Posting a professional picture of Sophie receiving a kiss on the cheek from Joe, the 'Quantico' actress wrote: To one of the most beautiful, fun people I've known. Happy birthday @sophiet you are loved! I can't wait to see you as a bride. You will be stunning! Have a brilliant year love.. #jsisters 4eva! @joejonas you r the most thoughtful! Last night was epic. (sic)" 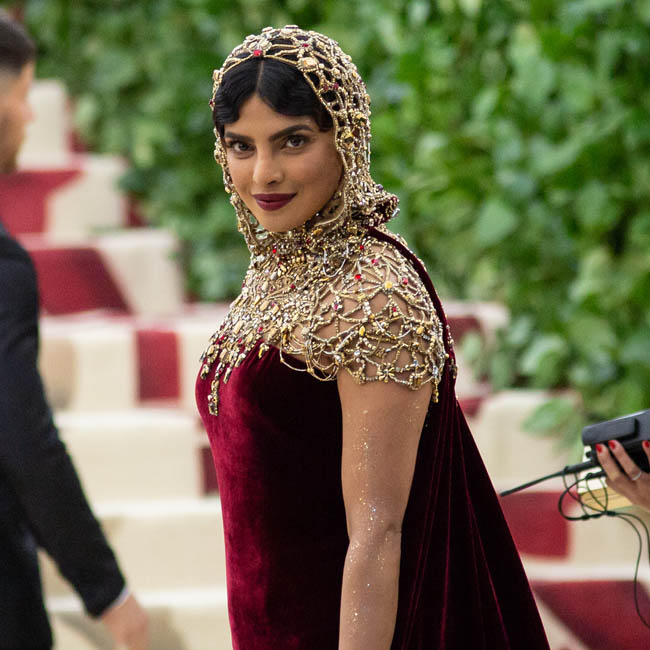 Ahead of their own wedding, former Jonas Brother star Joe previously said he was "overwhelmed with emotion" during his best man speech at Nick and Priyanka's nuptials in December.

He said at the time: "It's been a pretty big week. It's been amazing. Marrying Nick off to Priyanka, it's been fantastic. Obviously, this has been one of the most beautiful weddings I've ever seen and to be a part of it was a dream.

"I was the best man and I had a lot of responsibilities. But mostly, it was trying to figure out what and where to be at different times and kind of collecting, he had about 12 groomsmen, so a lot of wrangles.

"[During my speech] I kind of blacked out for a minute because I was just overwhelmed with emotion. This is not only my brother, best friend, and to see him marrying his dream girl, there was a lot of tears the whole weekend, and a lot of smiles. So I have it on paper, which was the most important part. It was a special week."