Queen Elizabeth presented the Duchess of Sussex with a pair of pearl earrings yesterday ahead of their royal engagement together. 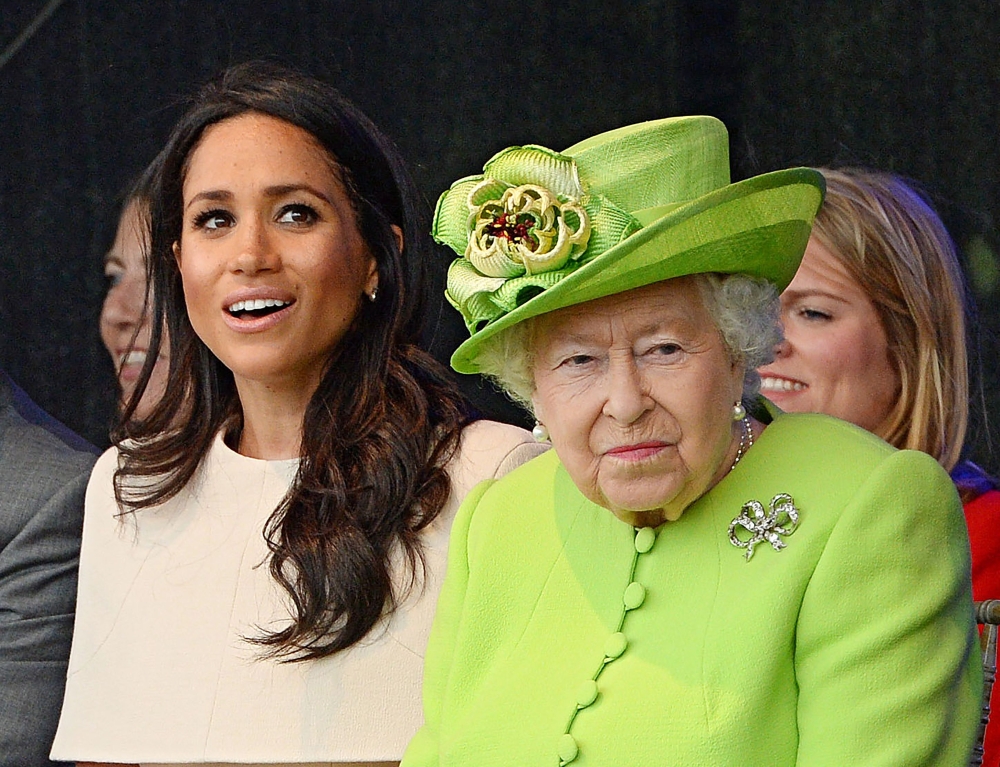 The 36-year-old former actress only joined the royal family four weeks ago when she married Prince Harry at St George's Chapel at Windsor Castle, Windsor, on May 19, but it looks like she's already won over the 91-year-old monarch as it's believed she presented her with the accessory just before they embarked on their journey.

According to The Sun newspaper, Buckingham Palace have confirmed that the pearls came from the queen's own collection and given to Meghan for the engagement.

This was the first time the brunette beauty has accompanied the queen on her own without her husband Harry, 33, by her side but she appeared to take it in her stride.

Meghan and the monarch kickstarted their day at the opening of the Mersey Gateway Bridge before they were treated to a performance by local school children.

The royal pair also joined the nation in a minute of silence to pay tribute to those who lost their lives in the tragic Grenfell Tower fire, which claimed the lives of 72 people when it ripped through the 24-storey building in west London, a year ago.

After a jam-packed morning, the queen and duchess stopped by the Storyhouse Theatre in Cheshire for its official opening and attended a performance of 'Drop in the Ocean', before moving on to meet members of the public in Chester city centre. 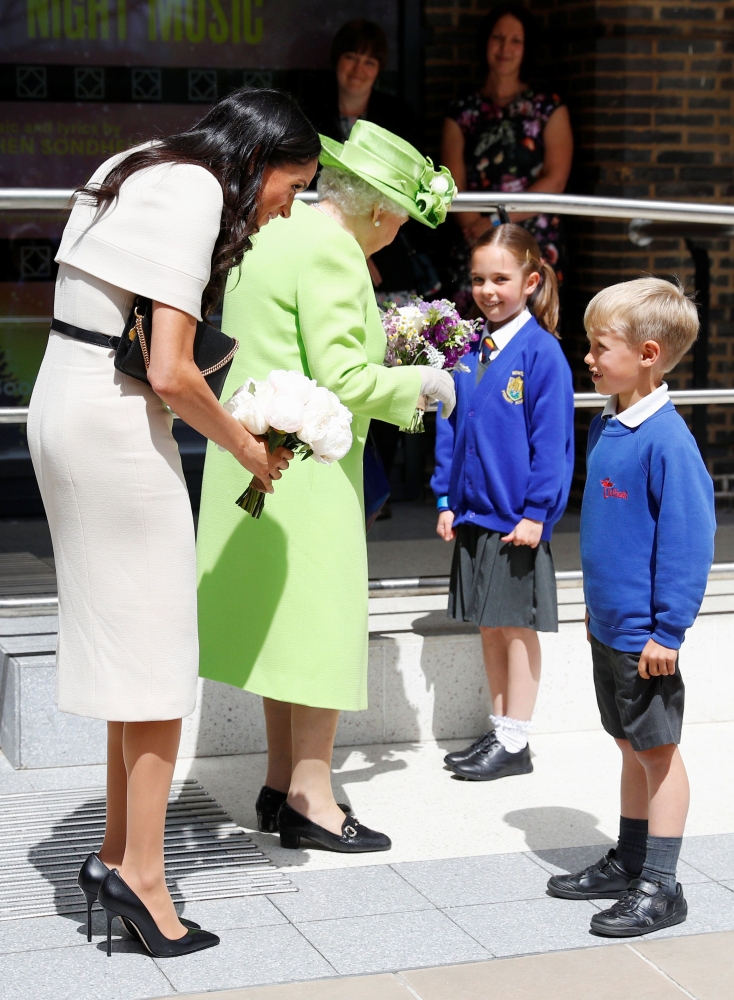 They were then able to replenish themselves by enjoying a lunch at the town hall.

Meghan - who was known as Meghan Markle before she married - has certainly thrown herself into royal duties since she joined the family as she was among those on the balcony of Buckingham Palace last week for Trooping the Colour. 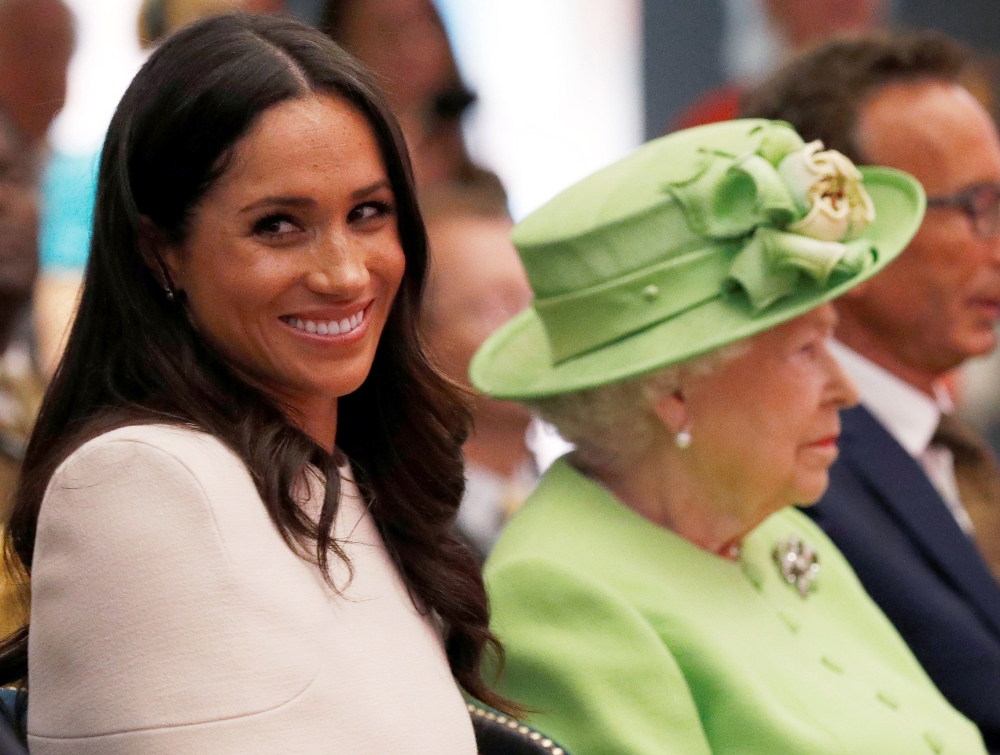 However, she was able to enjoy a period of relaxation before she was thrown in the deep end though as she and Harry recently enjoyed their honeymoon after they were forced to delay it for his father Charles' 70th birthday celebrations.