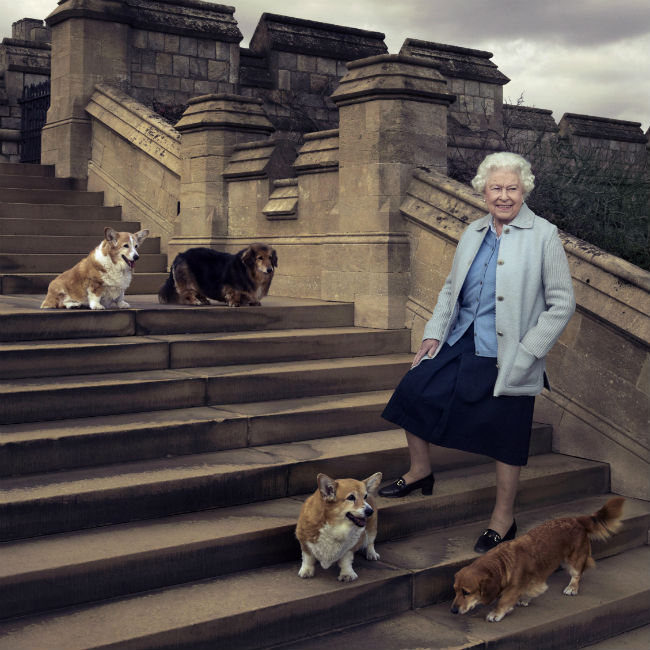 The last of the 91-year-old monarch's famous corgi pooches has reportedly died, leaving her with her two dorgis - dachshund and corgi crosses - called Candy and Vulcan.

A source told the Daily Mail newspaper: "Whisper was a friendly chap and followed her everywhere. The Queen has quickly become very attached to the dog.

"The Fenwicks looked after their corgis like the Queen did so she knew there would be no problem if Whisper came to the Palace. When the dog was born it was named Wispa after the chocolate bar. The Queen thought it was a bit obscure and preferred the proper spelling."

Whisper was gifted to the Queen two years ago, following the passing of Bill Fenwick, a former Sandringham gamekeeper, and the monarch took the pooch on as her own. Fenwick's late wife Nancy used to look after the Queen's corgis when she was away on royal duties.

It comes only a few months after Queen Elizabeth lost her corgi Willow, the last of the descendants of her first corgi Susan, which was gifted to her on her 18th birthday.

An insider shared at the time: "She has mourned every one of her corgis over the years, but she has been more upset about Willow's death than any of them ... It is probably because Willow was the last link to her parents and a pastime that goes back to her own childhood. It really does feel like the end of an era."