Rihanna is reportedly dating Leonardo DiCaprio's friend, club boss Richie Akiva, and not 'The Wolf of Wall Street' actor who she has been linked with in recent months.

The R&B superstar and Hollywood heartthrob have been rumoured to have been romancing each other since New Year's Eve which they celebrated in St. Barths and they have been spotted together on numerous occasions at various night spots. 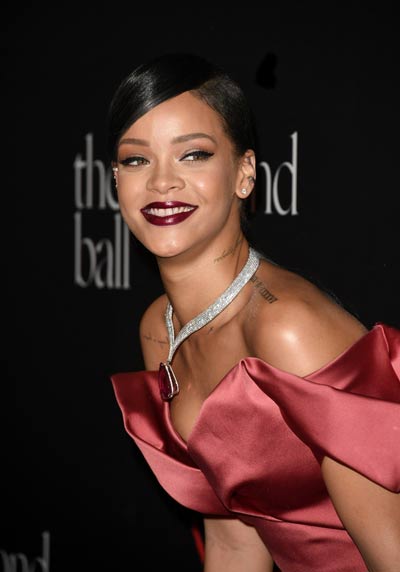 However, it has now been claimed the reason for their numerous liaisons is that Rihanna is actually dating club mogul Richie Akiva, who has been pals with DiCaprio for years, and the two stars are just friends.

A source told the New York Daily News newspaper's Confidenti@l column: "Richie was with Rihanna in St. Barth's - that's where it started. They've been hanging out together a lot."

During the January break to St. Barths, DiCaprio is said to have gone off to enjoy his vacation and left Rihanna and Richie spend time with just each other.

Rihanna has spent most of New York Fashion week hanging out at Richie's Up & Down club and during a party hosted by the 'FourFiveSeconds' hitmaker's ex-boyfriend Drake, Richie gave her a shout out and got the DJ to dedicate a track to her.

A club goer on the night said: "She's not showing up with Leo, she's showing up with Richie. I've been at 25 to 30 clubs where Rihanna was hanging out. If anyone else had done that, she would've been p***ed."

Even though Rihanna was seen leaving Up & Down on Valentine's Day (14.02.15) within minutes of DiCaprio she had been partying with Richie to celebrate the romantic night.