She has done this once previously to a Lambourghini Huracan and a Mercedes CLS, which were showed off latest in London.

According to News.com.au the team spent 700 hours over the course to two months fitting all the crystals, and it was completed by Cars in Cloaks who said: 'If Bruce Wayne was a girl this would be his car.'

The bedazzled car was modified by a London company, knowing for a fact that the performance figures of the car will change after placing two million crystals on the bodywork. 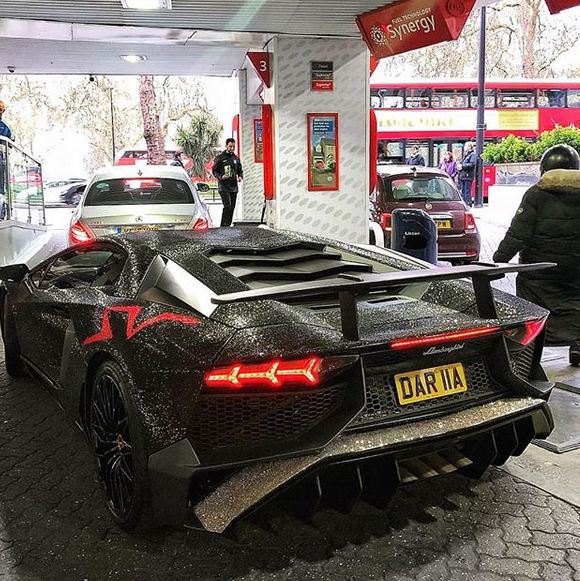 Supercars are usually supposed to be streamlined for extra speed, and in the case of the 6.5litre V12 engine of this car, it can reach the speed of 60mph in just 2.8 seconds, while 120mph will come and go within  8.5 seconds.