Ryan Reynolds has joked he wants his third baby to "stay in" his wife Blake Lively, and says he keeps "whispering" to the tot to get it to stay in the womb.

The 42-year-old actor is set to become a father for the third time when his wife Blake - with whom he already has daughters James, four, and Inez, two - gives birth, but he's now joked that he doesn't want the 'Gossip Girl' alum to ever go into labour, as he says he keeps telling the unborn tot to "stay in" the womb.

Over the weekend, Ryan trolled his spouse on her 32nd birthday when he posted a series of pictures in which she either had her eyes closed or was completely out of frame.

The first picture showed Blake's burgeoning baby bump, which prompted one fan to comment: "Get that baby outta there!!! (sic)" 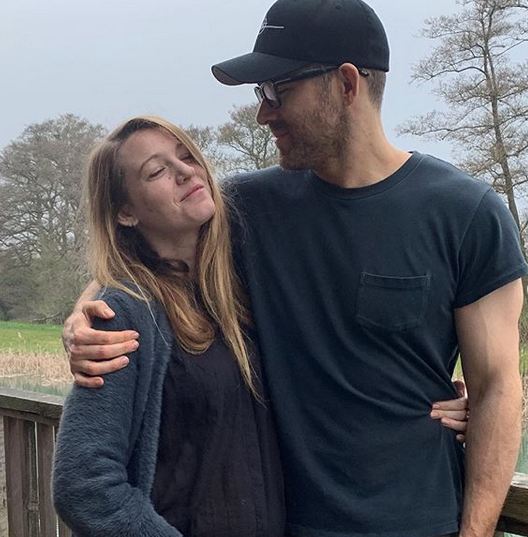 Meanwhile, Ryan recently insisted there's nothing malicious about the jibes he and Blake often make toward one another on social media, as he believes poking fun at his spouse is "a sign of a healthy relationship".

Appearing on 'Live with Kelly and Ryan', co-host Ryan Seacrest told Reynolds: "You and your wife Blake love to troll each other on Instagram. It's become a sport."

To which the 'Proposal' star said: "Oh yeah, we do once in a while. It's kind of like what my dad used to say, 'If you can't say anything nice, say something embarrassing.' That's how we roll. I think it's a sign of a healthy relationship, personally. I do, yeah."

The actor then teased that his trolling often "gets him in trouble" at home with Blake.

He added: "I think people kind of know [it's a joke]... it gets me in trouble at home but, you know, I can handle that."