Even as Shah Rukh Khan’s Zero moves to the coveted collections figure of Rs 100 crore at the India box office, the emergence of Ranveer Singh’s Simmba with over 4200 screens all over India is threatening the growth of the film which received mixed reviews from the critics and the audiences alike. 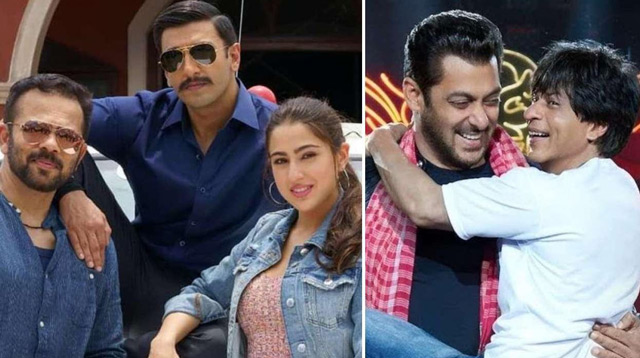 While some have loved the film, others have panned it for the lack of the script. Interestingly all the three Khans – Salman, Aamir and Shah Rukh have had their respective films – Race 3, Thugs of Hindostan and Zero panned have failed to ignite the box office.

“Zero has now collected Rs 82.32 crore after Christmas brought in some cheer at the box office on Tuesday. But it has two more says to go before Simmba comes on. Karan Johar and Rohit Shetty had already spoken to the single screen owners to block single screens for Simmba and as a result the screens will now go to their film. Had Zero done better in the first week, not only would it have been better for the film, but would have also ensured that the single screen owners do not part with the screens because the film would have bene doing good and that is not the case,” says a trade expert.

Simmba will now be the widest release ever for Rohit Shetty as the distributors and exhibitors are also keen on what they see as a big box office grosser. But as the trend goes, content needs to precede the combined stardom of Ranveer, Rohit and Karan.