Six reasons why you must watch Aamir Khan's 'PK'

There is always an unprecedented excitement and expectation when an Aamir Khan movie is in the offing.

Bollywood's 'Mr Perfectionist' is back with a bang and is yet again sporting a new look in his upcoming film 'PK'.

If you are an Aamir fan or a movie buff, you need no particular excuse to watch his film. However, we have taken the liberty to point out a few good reasons why you should not miss 'PK'.

A master storyteller and an intelligent filmmaker, Rajkumar Hirani has given some amazing movies over the years. The National Award winner known for his 'Munna Bhai MBBS' (2003), 'Lage Raho Munnabhai' (2006) and '3 Idiots' (2009) has gradually established himself as a credible director in an industry known for its song and dance extravaganza.

The last movie ('3 Idiots') Hirani made with Aamir Khan was one of the best films of Hindi cinema. It became the highest grosser in Indian cinema, shattering all records across Indian and overseas markets.

It is also rare for Aamir to work with the same director twice, so now when Raju and Aamir are collaborating for the second time, the anticipation is mind-boggling.

We have no clue about Aamir's character in 'PK'. Well, we know he is called PK, but why?

Rumours are floating about that PK could be an alien, or a re-incarnation of God, or even an astronaut. Aamir has clarified he is not playing an autistic person.

So, in order to decode his character, another theory has sprung up. He may be suffering from a disease called Psychokinesis. In this condition, people tend to believe themselves to be different things. Also they are able to influence people without any physical contact.

Also don't forget to keep an eye on the fact that Aamir never blinks in the entire movie - it is surely going to make you uneasy.

This character is intriguing and hence it will be a good idea to watch it first thing on Friday morning.

Aamir Khan is getting into the habit of springing surprises at his audience with sudden twists in the tale in all his recent movies. Be it 'Talaash' where Kareena Kapoor turns out to be a ghost in the climax or 'Dhoom:3' where he plays a double role.

We are certain Aamir and Hirani have something up their sleeves to catch movie goers unaware.

This suspense is killing.

We know Anushka Sharma is a good actor and in 'PK' she has a fresh look, thanks to her pixie hairstyle.

Anushka is playing the role of a journalist and Sushant Singh Rajput is her love interest.

The 'Kai Po Che' actor might get limited screen space in 'PK', and though the movie is crowded with talented actors we are sure Rajput will leave his mark.

Anushka and Sushant create an easy, breezy chemistry in the song 'Char Kadam'. Remember the media reports about the war of words between the two? It will be interesting to watch the chemistry as they play lovers in the film. 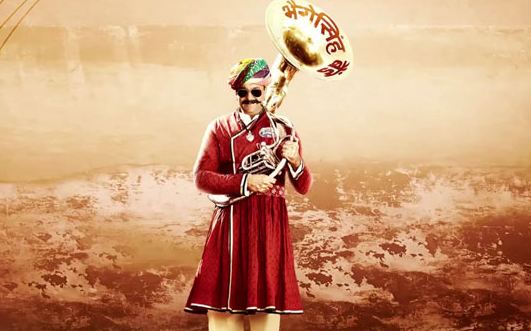 Actor Sanjay Dutt, 55, is currently serving a jail term for illegal possession of weapons before the 1993 Mumbai blasts.

'PK' will be his 5th movie releasing while he is in jail. The last four were box-office duds and Dutt has done nothing worthy to be written about.

Hence, we expect the director to churn out the actor out of Sanjay once again. 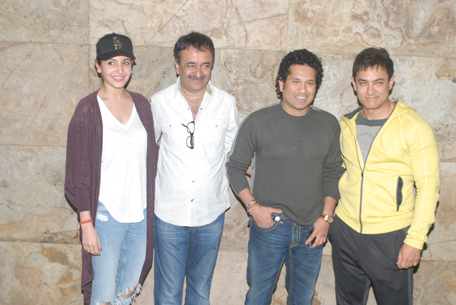 God of cricket loved it

Cricket legend Sachin Tendulkar is floored by Aamir Khan's performance in the film 'PK' and says it's the best film that he has ever seen.

Aamir hosted a special screening for his good friend Sachin but asked him not to disclose the plot.

To reporters present Tendulkar said, "...I would like to say that all of you please go and watch this film as it is completely different. For me it's the best film and best performance of Aamir that I have ever seen."

When the god of cricket endorses anything, his followers pay double attention.